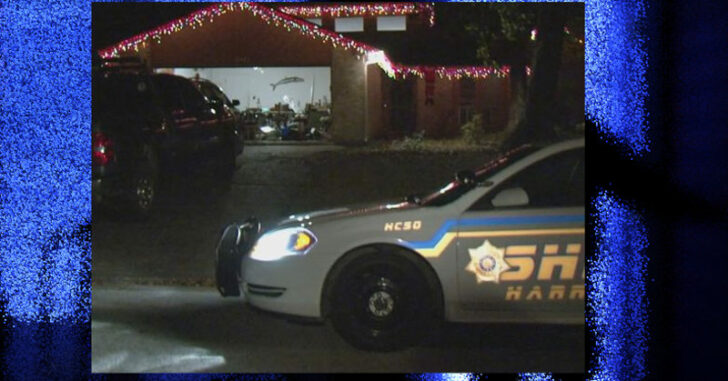 HARRIS COUNTY, TEXAS — A home intruder broke into a guy’s home at 9 PM and was shot twice.  As county law enforcement reported to KHOU, surprise, surprise, the homeowner is home, sees the dude breaking in through the door and gets his gun.  The homeowner shoots him twice and puts him in serious but stable condition and patiently waits for police to arrive.

Now, normally, we’d all be absolutely surprised that a home intruder breaking in during people’s “normal home hours” would be unexpected.  Who expects to get broken into while he’s home?  You’d think the burglars would wait until at least the homeowner is likely either asleep or away at work.  Well, this burglar must have graduated towards the tail-end of his class because he got shot twice.  He survived and Harris County deputies were all too happy to wrap him up and send him to the hospital.

Harris County, Texas.  This county seems to constantly make the spotlight for dumb burglars, robbers, and criminals.  Your guess is as good as mine why they don’t figure it out but we’re going to lay out just the unsuccessful burglaries and robberies we’ve gotten so far in 2015 for this ONE county.

We don’t cover all of the successful homeowner self-defense stories from Harris County because, to be honest, there’s so many of them.  Harris County and Houston-folk, great job so far this year.  You’ve shown the country what good, judicious marksmanship and responsible firearm ownership is all about — protecting your family, yourself, and your property.

You’d think with all the dead, dying, and injured burglars and robbers recovering or pushing up daisies in the Harris County area, these folks would catch on that breaking in during “normal home hours” is about as far from smart as possible.

Previous article: #DIGTHERIG - Justin and his Springfield XD Mod.2 9mm Next article: Breaking The Law: What Should We Do When Encountering A "Gun Free Zone" While Carrying?