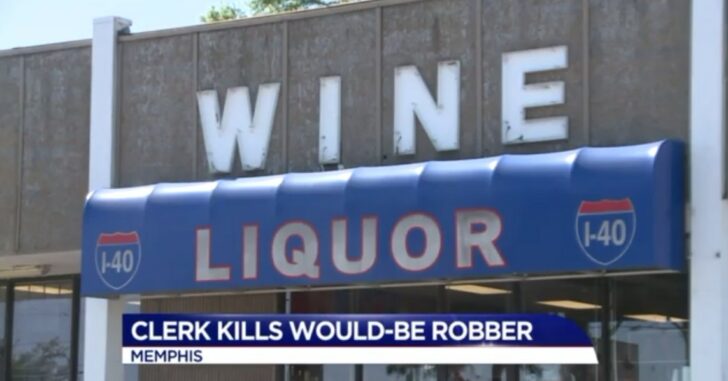 MEMPHIS, TN — In an amazing case of on-the-job and responsible carry, an employee at a loquor store in Memphis, Tennessee, shot and killed a man attempting to rob the store.

Apparently, the armed robber had victimized more than one establishment.

At about 11p.m. Saturday night, the man came into the employee’s liquor store and attempted to rob him, reports WREG.

When that happened, the employee simply produced his firearm and shot him.

The robber did not survive the exchange.

Although that would have been a story unto itself, but what the employee didn’t know is that he had just stopped a serial robber.

“The most recent happened at Midtown Wine and Spirits along Poplar Wednesday. Investigators say in each case, the man walks into the store wearing a ski mask.

“In all eight of the robberies, the FBI says the guy points a gun at his victims and demands money from the register.

“After grabbing cash he then orders the victims on the ground before fleeing the scene.”

Although anyone losing their life is regrettable, the employee did the right thing here. It’s hard to argue with.

Who knows — what might have happened to an employee later down the line?

Previous article: When Seconds Counted In Home Invasion, Dallas Police Were Only 87 Minutes Away Next article: Uncle Shoots Nephew When Argument Turned Violent