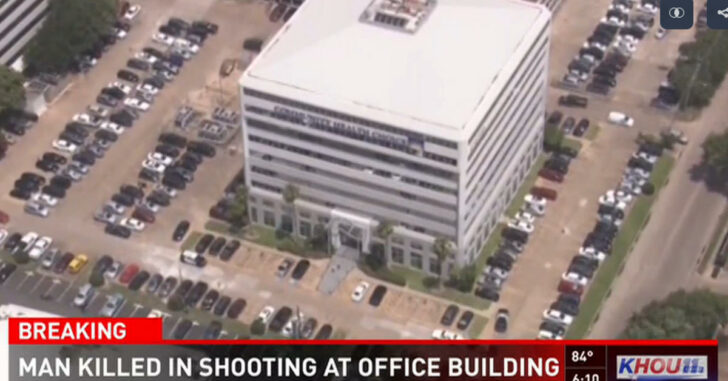 HOUSTON, TEXAS — A man being treated for mental health issues allegedly had a complete breakdown and began violently assaulting and breaking objects around him. His meltdown may have cost him his life as he raged into a tax consultant’s office and attempted to assault a client. The tax consultant used his concealed carry firearm to shoot the man, killing him. Houston police confirm the tax consultant had a license to carry a concealed firearm and no charges would be pending.

It’s an unfortunate intersection between treating the mentally unstable and protecting people from violent outbursts. Nobody has a right to physically assault another person or break their property. Society tolerates and attempts to protect such individuals with the hope of finding a prosperous outcome for all involved. Unfortunately, when breaks occur — and they do — it places both trained staff and bystanders at risk.

In this case, as reported by KHOU, it just so happened that this one mentally unstable individual truly overstepped his bounds.

According to witnesses at the scene and the Houston police, many of the workers in the mental health office were unwilling or unable to temper the man’s actions. Without anyone to contest his outbursts, he basically went on a rampage breaking things, threatening people, and yelling. That’s unacceptable.

Society operates off a mutual respect for each other. Those suffering from mental health issues are accommodated in the best ways we know how — often times insufficiently. There is absolutely no joy in the concept of a mentally disturbed person being gunned down in the throes of his episode but the PR response that we must all standby and let someone violently run over ourselves is a toxic mentality to uphold.

People are granted a unilateral right to interpret the world around them as they see fit so long as those interpretations do not overrun or overstep the boundaries of others. Up until that point, an individual ought be given every opportunity to seek mediation and counsel. Once those bounds are overstepped and the livelihood and safety of others is at risk, then unfortunately it comes down to the individual to choose his own defense or that of his assailant.

Concealed carriers tend to choose their own.