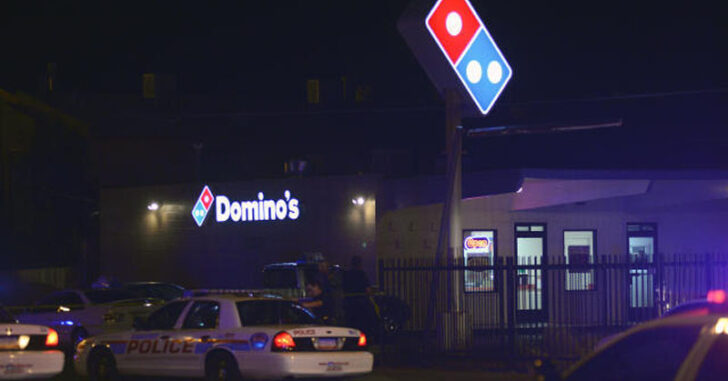 ALBUQUERQUE, NEW MEXICO — In yet another act of self-defense by a Domino’s delivery driver, the same company policy remains: We want our drivers unarmed and defenseless.

On Sunday night, 52-year-old Gerardo Alvarado walked into a Domino’s location and held them up at gunpoint. As he exited the store, he saw a delivery driver in a car and made the decision to try and rob him as well.

However, the delivery driver was armed. He drew his firearm and shot Alvarado in self-defense, leaving him with a gunshot wound and lying in the parking lot.

Alvarado is in the hospital recovering, and is expected to face charges of armed robbery and attempted armed robbery.

The fate of the delivery driver’s job is unknown, as he did break company policy by being armed on the job.

My advice to the driver; If you do lose your job, don’t let it bother you too much. Your employer doesn’t take your personal safety nearly as serious as you do. Go find a new employer that values your life.

After all, if the driver did abide by the ‘no guns’ policy, he or she might not be around to be fired in the first place.

In a parallel incident, Uber is going through the same thing with it’s drivers. Just last week, a 74-year-old Uber driver acted in self-defense by shooting a passenger that began choking him. This is after the company changed it’s mind on firearms, adding an outright ban in it’s terms and conditions. Of course, that happened after another one of their drivers successfully stopped an attempted mass shooting. Go figure.