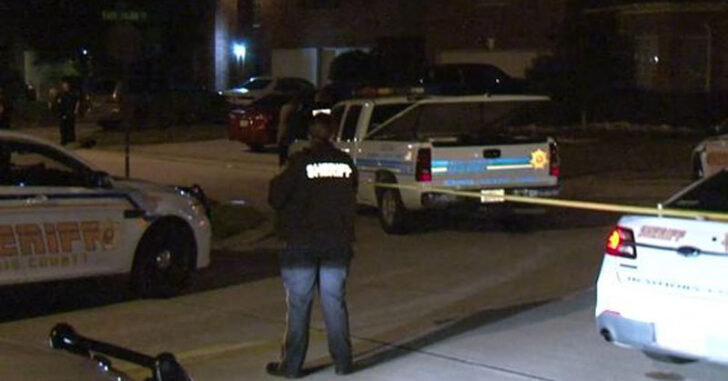 HOUSTON, TEXAS — In an incredible show of Good Guy vs. Bad Guys, one neighbor was happy to be carrying his firearm down the street when he happened upon a home invasion.

It happened late Saturday night in a Houston neighborhood when witnesses say 4 to 6 men pulled up in two vehicles and then made their way into a home by force. What they weren’t counting on was an armed citizen who happened to be walking down the street.

A neighbor who was walking on the sidewalk witnessed the incident, pulled his gun and confronted the suspects before shooting one of them. The suspect tried shooting back but missed the neighbor. The suspect died at the scene.

The other suspects jumped into an SUV and fled from the scene.

One person was said to be inside the home at the time of the invasion, and that person was not injured.

If this isn’t a great case for citizens to be armed, I don’t know what is. This man was able to stop and deter half a dozen men from committing a crime at his neighbor’s house.