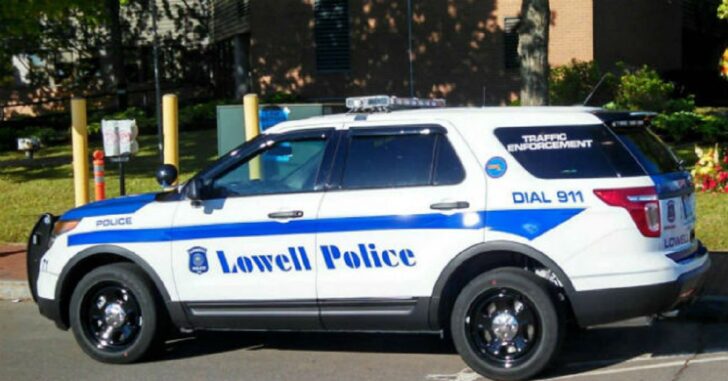 LOWELL, MA — When the co-owner of a Lowell, Massachusetts shop saw his fellow owner with a gun being pointed at him, he knew what he had to do.

He opened fire, quite possibly saving the life of his friend.

As the Sentinel and Enterprise reports:

Max, 25, saw a robber pointing a gun at the other co-owner of Valentina’s, located at 886 Central St.

Max, who declined give his last name out of fear of retaliation, immediately stepped back around Portuguese imported cheese and cereals, pulled out the gun he’s licensed to carry, cocked his gun and waited for the thief.

“I fired. Boom. Boom,” recalled Max Thursday morning. “I thought he was dead right there, but he got up. I fired two more. Boom. Boom. He was ducking, though. I would have got him if he was standing up.”

Again, the suspect was lying on the floor. Then he popped up quickly and ran out the door of the market in the city’s Back Central neighborhood.

“He really got lucky,” Max said of the robber not getting seriously injured or killed Wednesday night. “Sometimes people really get real lucky. He got (expletive) lucky.”

The suspect, who did not shoot back, is still at large on Thursday, according to police.

Hats off to this man for possessing one of the entirely too few concealed carry permits to be had in Massachusetts. It’s not the easiest state to exercise your Second Amendment rights in.

But Max did it, and it would appear that he acquitted himself well. Although the attacker remains at-large at this time to the best of this writer’s knowledge, he didn’t get the chance to hurt anyone, and he probably learned a powerful lesson, too.