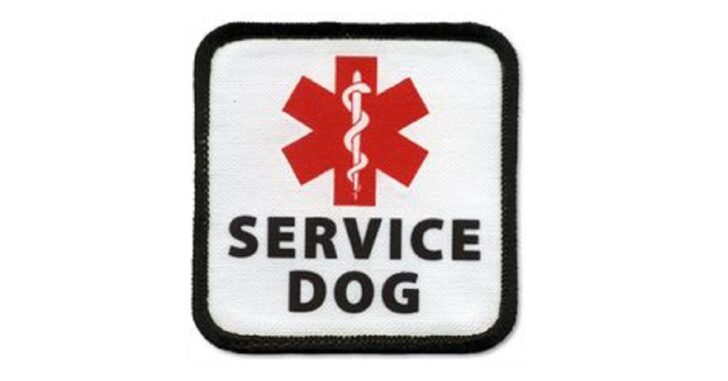 VOLUSIA COUNTY, FL — A veteran’s service dog was being walked by the veteran’s wife earlier this month when a pair of dogs attacked him and his walking companion, forcing both the veteran and his wife to take action against the animals.

Esther Long fought the animals by hand, but after a while her husband was forced to open fire in defense of both his wife and his service dog.

Just after 10 a.m., Esther Long spoke to 911 dispatchers after she said a neighbor’s pack of dogs attacked her Vietnam veteran husband’s PTSD service dog. Hours after the 911 call was made, Long told WESH 2 News she was on a walk with the Shepherd, LT, and her son’s chihuahua mix, Tinkerbell, when her neighbor came out to speak with her. That’s when she said her neighbor’s daughter’s dogs charged.

“She grabbed Tinkerbell and went right up the fence, and I was trying to beat them off of LT. They had him on the ground. They were biting his neck and everything,” Long said. “My husband came out and shot them. I had to run up and get him and we had to kill them. He killed them.”

LT is on medication and is expected to recover. Long is now limping after she seemingly stubbed her toe during the attack. She also sustained dog bite injuries on her arms and legs.

The dogs’ owner said they’ve never done anything like this before. The white pit bull died from gunshot wounds; the other two dogs are recovering from gunshot wounds. Long said she hopes she never sees those dogs again and that LT will recover soon.

“He’s the best dog we’ve ever had. He really helps my husband,” she said.

At this time, Animal Control has not seized the dogs.

There’s not a lot worse than having to draw on and kill someone’s pet. So rarely is it the animal’s fault. It’s virtually always the fault of the pet’s owner.

Take good, loving care of your pets, folks — not only is it a part of being a responsible citizen, it saves people like Mr. Long from sustaining the trauma of violently ending someone else’s mistake.

Previous article: *GRAPHIC* Amazing Video From Brazil Shows Us How To Correctly Deal With An Armed Threat Next article: BREAKING: Armed Citizen Shoots And Kills Gunman Who Opened Fire Inside Oklahoma Restaurant