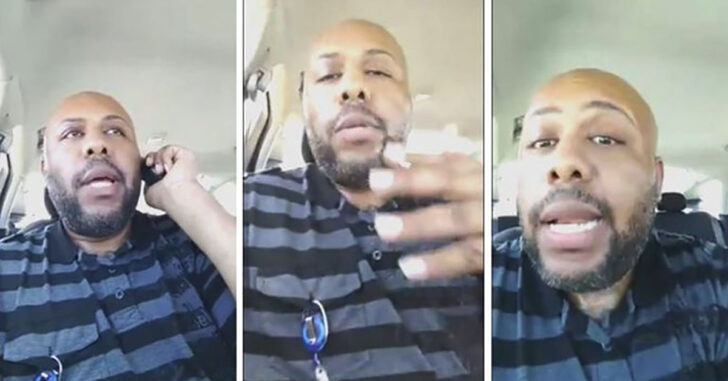 CLEVELAND, OHIO — A man is being sought by police after he posted a live video on his Facebook profile showing his murdering of a man on the street in Cleveland.

The suspect, 37-year-old Steve Stephens, pulled his car to the side of the road on Easter Sunday, got out and began talking to an elderly man who was walking down the street.

While we won’t publish the full video here, the Washington Post has put together the following video to give a better understanding of what took place:

The victim, 74-year-old Robert Godwin Sr., was shot and killed by Stephens.

The video lasted just a minute and in that time, so much was done.

“I found somebody I’m about to kill,” Stephens is heard saying at the start of the video.

“I’m about to kill this guy right here. He’s an old dude,” Stephens said as he approached Robert Godwin Sr., who was reportedly out looking for aluminum cans to collect.

“Can you do me a favor?” Stephens said to Godwin before asking him to say the name Joy Lane.

“Yeah,” Stephens replied. “She’s the reason why this is about to happen to you.”

With zero regard for human life, Stephens is as unstable as it gets.

Although Stephens claims in the video to have killed others, police have no evidence to back up that claim.

With this obvious threat to Cleveland and surrounding areas, we ask that everyone remain safe, vigilant and armed. There is no telling where this unstable man could end up next.