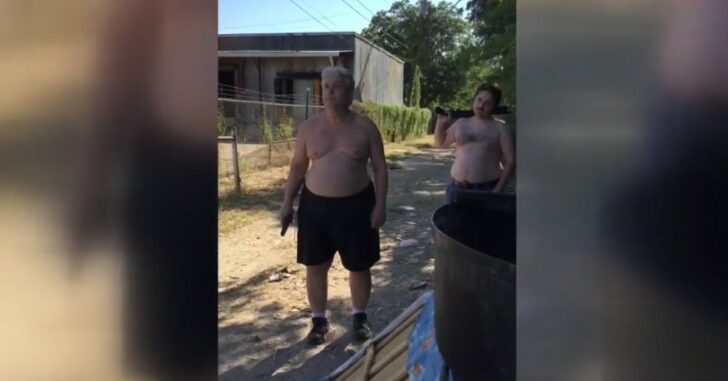 Just today, we shared a post and video showing a dispute between two neighbors over a discarded mattress.

One of the men lost his life as a result.

If you need to catch up, you can read the story and watch the video here.

An armed father and son confronted a neighbor after a mattress was discarded. Or that neighbor confronted them. Whatever the reason, a verbal exchange lasting at least a few minutes would end up with a dead man.

All of it could have been avoided. Entirely.

There’s a very simple takeaway from any incident such as this, and it’s all about choosing your battles in day-to-day life.

As the argument was going on, the deceased man’s wife was recording video on her phone. At no point did they (probably) believe that one of them would be dead in just a few more seconds. But, it’s exactly what happened.

Again, this was all over a mattress that was being thrown away.

Who knows if the neighbors had beef prior to this, but it doesn’t really matter. Either side could have simply walked away and have been done with it, but resistance was kept up on both sides until someone finally lost.

In actuality, all parties involved have ended up losers.

One man lost his life.

Two men face murder charges that will likely hold up.

A woman lost her husband.

As an armed citizen, I can sit here and tell you with complete certainty that this was entirely avoidable, and it’s sad to see such a ridiculous argument turn deadly.

If you’re on the receiving end of a bad confrontation, make all possible attempts at removing yourself from that situation.

If you’re the instigator, then you shouldn’t be carrying or owning a gun. It’s that simple.

The next time you find yourself in a silly argument with a stranger or neighbor, just walk away. Set your pride on the shelf and be the bigger person. It’s not worth it.