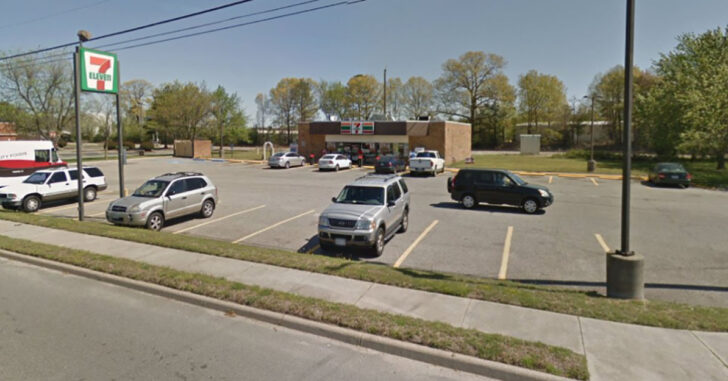 WILLIAMSBURG, VIRGINIA — A cigarette thief and armed robber grossly underestimated his intended target, when that target defended himself with his handgun.

And, below, you can see the photo of defeat.

A 56-year-old clerk told police that the suspect, armed with a knife, had approached him and demanded money.

The suspect swiped two packs of cigarettes before backing the clerk into a corner and demanding he open the register.

The clerk then drew his own handgun and the suspect fled on foot. Police said the clerk had a concealed carry permit for the weapon.

That’s 30-year-old Clinton Abraham Frazer, and he’s the lucky recipient of charges which include petit larceny and felony armed robbery That old saying “don’t bring a knife to a gun fight” is probably parading around Frazer’s head as he sits in jail.

This story was tough to read, simply for the fact that the clerk had found himself cornered by the suspect. I don’t know the layout of the store, but being cornered by a man with a knife is never a good thing. Knives make for some extremely dangerous wounds, and it’s a damn good thing that this clerk was carrying that day at work.

In any situation that turns self-defense, do all that you can to not be cornered by the suspect. The more distance between you the better.