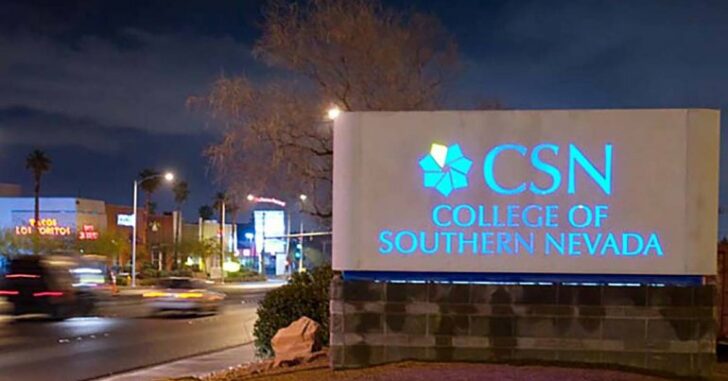 Trump derangement syndrome has officially been taken to an entirely new level. A professor emeritus at the College of Southern Nevada recently shot himself in the arm while on campus to protest the 45th president. Police have charged the nutty professor, Mark J. Bird, with a variety of felonies. The Las Vegas Review-Journal has the story:

A longtime College of Southern Nevada sociology professor is facing felony gun charges in connection with an on-campus shooting on the second day of classes.

Mark J. Bird was charged last month with discharging a gun within a prohibited structure, carrying a concealed weapon without a permit and possessing a dangerous weapon on school property, court records show. He was found bleeding from a self-inflicted gunshot wound to his arm about 8:15 a.m. on Aug. 28 outside a bathroom in the Charleston campus K building.

…While waiting for authorities to arrive, Bird said he had shot himself in protest of President Donald Trump, police noted in their report.

No doubt Shannon Watts’ and Michael Bloomberg’s burgeoning gun control operation will classify this as yet another tragic “school shooting” in their efforts to strip law-abiding people of their natural right to keep and bear arms.

At the same time, some on the left will surely dismiss this professor’s self-inflicted gunshot wound as brave, protected “speech.” A heroic protest of a totalitarian regime. Desperate times call for desperate measures, and all that. Meanwhile, many of those same people will describe phrases like “make America great again” as “violence” against immigrants and minorities.

Their Orwellian logic also shines brightly when it comes to Antifa, a group that calls themselves “anti-fascists” while employing violent fascist tactics against those with whom they disagree politically.

The psychotic sociology professor was thinking of the little people during his protest. He taped a hundred dollar bill to the bathroom mirror, along with a note that read “for the janitor” before blowing a hole in his arm. Unfortunately, Professor Bird victimized more than just himself. At least one student found the nutty professor bleeding from his self-inflicted wound. Those memories will surely live with that student for a long time. The psychotic professor’s violent temper tantrum probably won’t do much for the school’s reputation, either.

TTAG has written before about the left turning to violence and wondering just how soon that violence will turn deadly. Few of us ever thought these moonbats would inflict that violence upon themselves. Yet here we are.

Desperate, deranged people do desperate things. Be careful and stay safe out there.

Previous article: You Have To Earn It In Order To Improve Your Skills Next article: Craigslist Deal Gone Bad Leads to Parking Lot Shootout