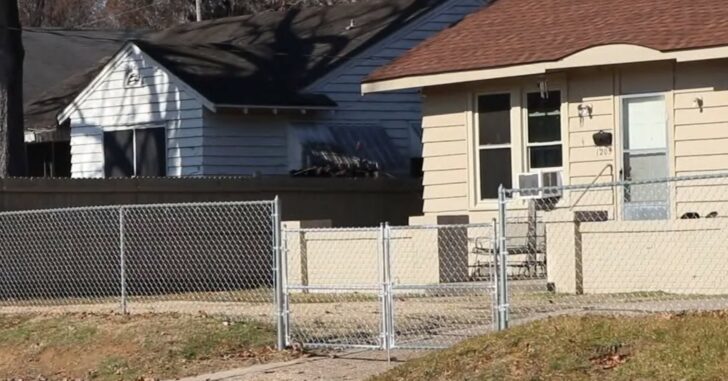 PINE BLUFF, ARKANSAS — Two paramedics are alive today because one of them was carrying a firearm while on the job. Responding to a call regarding a female with an injury to her knee, they didn’t know that they were actually responding to a domestic violence incident.

Joshua Godfrey and John Spriggs Sr. were the paramedics who went to the scene and within two minutes, found themselves in a gun battle.

When police arrived, the chaos had already played out. They found Godfrey sitting in the back of the ambulance, bleeding, and found Spriggs on the ground next to the ambulance.

But how did they get there?

The incident report states the paramedics were rendering aid to a 20-year-old woman while she was in the ambulance when her boyfriend, identified as 22-year-old Kevin Curl Jr., became hostile toward the men.

According to the girlfriend, she and Curl had gotten into an argument, and Curl had slammed her to the ground, injuring her knee. The girlfriend said she and Curl slept in a car most of the night after the altercation happened. When she attempted to call for a ride, she told police Curl prevented her by turning off the Wi-Fi. She then called 911 for an ambulance because her knee was in pain.

According to Josh Bishop, CEO of Emergency Ambulance Service , the fact there was domestic violence going on at the house wasn’t told to paramedics during the 911 call. For that reason, no law enforcement officers went to the scene. “It was not called in as anything remotely close to domestic,” he said. “The way it works, if it is a domestic or anything that has the potential to be violent or unsafe, for any reason, the police are dispatched first.”

While the two paramedics were treating the girlfriend for her injuries, Curl approached them in an aggressive manner. When Spriggs told Curl to back up, the incident report states that Curl walked up and pushed him and asked him what he was going to do about it.

In defense, Spriggs punched Curl, and according to the incident report, that’s when Curl pulled out a gun and shot both paramedics three times each in the chest, pelvic and abdomen areas. Spriggs then returned fire, striking Curl, according to the report.

Both paramedics required operations for their injuries and are currently in the hospital. As of Thursday afternoon, they were both listed in stable condition.

As for Curl, he didn’t survive the incident.

According to Kevin Curl Sr., Curl’s father, Curl ran into the house screaming “Dad!” Curl then crawled across the floor and lay on the kitchen floor, stating he had been shot. By the time the police arrived, Curl was dead, according to the report.

It’s been a controversial topic across the Country, but some locations are starting to change their policies. Should first responders be able to carry firearms when heading out to a call? This is a perfect example of paramedics not knowing what they were actually driving to, and ended up having to fight for their lives within a few minutes of arriving to the scene.

And it was them against the bad guy, with no one else around to save them.

I have multiple friends who are paramedics and have asked them to share their thoughts over the years. Some are for being armed, and others believe that it can lead to other problems. It’s a topic that will be debated again and again, but it’s up to the localities to determine the proper course of action.