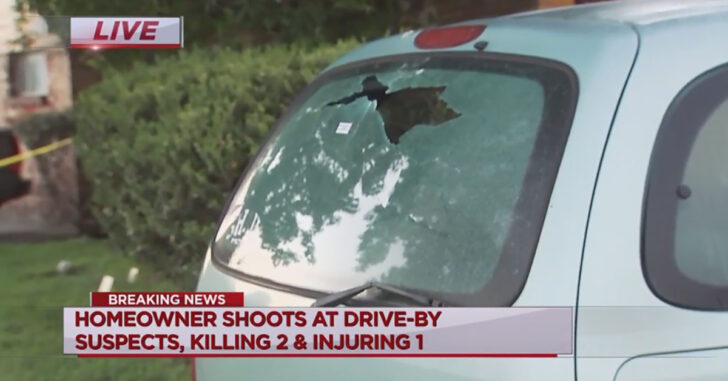 HOUSTON, TEXAS — Two people are dead and one was hospitalized after a man who was “supposed” to be the victim of a drive-by shooting fired back and took out all three of his vehicle-bourne assailants.

Authorities report that one of the suspects simply drove up and opened fire.

ABC 13 reports that the homeowner hid behind a bush and returned fire at the would-be murderers. Better than an almost unbelievable 40 shots were exchanged between parties.

“The homeowner struck all three men inside of the car. The driver of the car crashed after the shooting hitting a car and then running into a yard. One suspect died at the scene. The other two fled on foot but didn’t make it far. They went to the hospital. One of the suspects died at the hospital. The other suspect underwent surgery for his gunshot wounds. Detectives did not have an update on his current condition.”

Miraculously, the homeowner was unhurt.

It is uncertain why the homeowner was targeted, but ABC 13 reports that the day before the shooting arson investigators were sent to the home because someone had attempted to set the house on fire.

Clearly, although we may not know what it is, something is up.

The homeowner was not charged in the three deaths.

Hopefully, law enforcement and the homeowner are able to sort out exactly what on earth is going on.