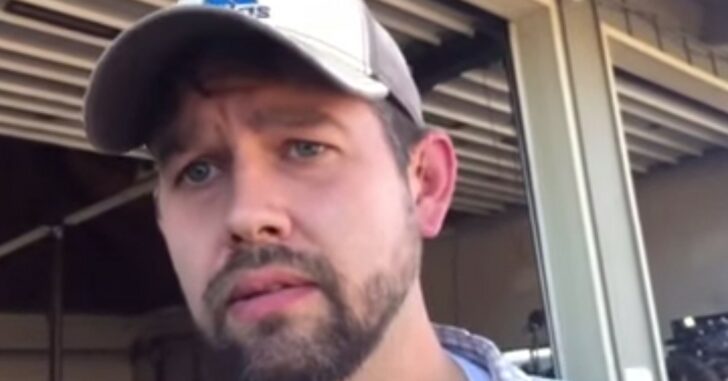 “A heroic student charged at the Oregon college shooter and was shot five times as he tried to save his classmates,” dailymail.co.uk reports. “Army veteran Chris Mintz, 30, was taken to hospital following the massacre at Umpqua Community College on Thursday morning. His cousin Derek Bourgeois told DailyMail.com that Mintz faced Chris Harper-Mercer, 26, who killed at least 10 people at the school in Roseburg.”

Mintz is expected to recover from his injuries. Talk about bravery. Not everyone can say they’d react as Mintz did. We hope that he recovers quickly and fully, and that he knows we commend him for his bravery in the face of evil. While it’s not yet known if Mintz was armed on campus, another veteran 200 yards away was.

“I don’t leave my house without my gun.”

That veteran, only identified as John in the above video, is a student at Umpqua Community College where the deadly shooting took place yesterday that claimed the lives of many.

John was on campus during the incident, and he was armed.

As a concealed carrier, John states that he never leaves his home without his gun. After the incident, John was interviewed on camera by Breitbart News. The interview can be viewed above.

John: I don’t leave my house without my gun.

Interviewer: Is it because of incidents like this? Is that part of it?

John: You know, I’m not going around afraid that something is going to happen all the time, but I am always wanting to be prepared if a situation like this happens. I never thought in a million years I was gonna be at a school shooting […] but being one person who could potentially be somewhere at the right place at the wrong time to intervene and possibly stop further devastation… that’s something I’m willing to do and not everybody is.

Interviewer: And I know you can’t predict it but you were 200 yards away when this happened basically?

John: I would say about that

Interviewer: And I mean, do you think if you were 200 yards in the other direction, this might have gone differently because you carry?

John: You know I can’t speak for the mind of the deceased shooter, but if I would have been around military… marines, air force, army, navy, we’re trained to run towards danger and not run away from it. I would have definitely gone closer to see what was going on to see if there was something I could have done to intervene to help. If that would have gotten me shot, I don’t know. If it would have gotten me to a point where I could have saved 13… or however many victims… we’ll never know. It’s speculation.

The “what if’s” are all speculation, but it’s interesting to think about this scenario the way it played out. What if the first mentioned vet, Chris Mintz, were armed? Being closer to the danger than John, would it have made a difference?

Again, speculation. But for me, it solidifies the need for more campus carriers than ever before.