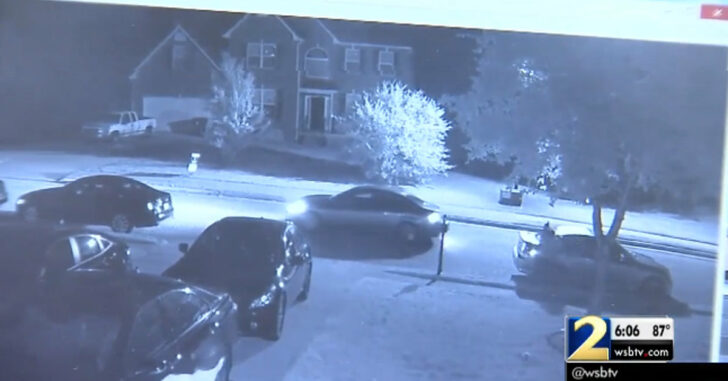 HENRY COUNTY, GEORGIA — A family that had suffered repeated drive-by shootings sought to fight back during the latest drive-by attempt that had left vehicles and the home marred by bullet fire. Unfortunately, one of the family members coming to back them up was hit by friendly fire after his vehicle was mistaken for that of the assailants.

“And he was coming up so fast and he came to a screeching halt in front of the driveway,” the homeowner said.

She says her husband and children thought he was one of the drive-by shooters.

“And my husband fired three more shots, probably thinking he was another car,” the homeowner said.

The occupant of the vehicle was struck in the spine and is now paralyzed. He was a 20-year-old student in college who the family believes was trying to identify the license plates on the back of the shooter’s vehicle.

This is a tragic instance of friendly fire. No one was arrested but it’s clear that one person’s life was marred permanently by a case of mistaken identity.

This is why we urge gun owners and concealed carriers to always check their targets. In the heat of a firefight, it’s easy to let the fight-or-flight instincts take over and enter into aggressive versus defensive actions. Advancing upon a target while firing is an offensive act. You are trying to overtake your assailant’s position through suppressing fire.

This is also why we urge that the four basic rules of firearm safety always apply.

Looking at the surveillance video posted through WSB-TV 2, we see a lot of wild shooting going on in response to a deplorable drive-by.

Drive-by shooters are scum of the earth. There’s no one arguing that. However, when you engage bad guys in a moving vehicle, you are exposing your neighbors and bystanders to stray rounds. This is a serious no-go.

Take cover, check your targets, and engage judiciously only so far as those rounds can be used to neutralize a threat.

It does no one any good to respond with deadly force in an uncontrolled, wild manner.

No one is going to doubt a person’s resolve in defending his family, home, and property. It is extremely frustrating to be the subject of repeated attacks, caught on your home surveillance system no less, and have no protection afforded by law enforcement. That is where the realm of defensive firearms come into play.

Stay safe. If you’re so lucky to have people willing to come back you up in the heat of a firefight, make sure you coordinate and always check your targets.