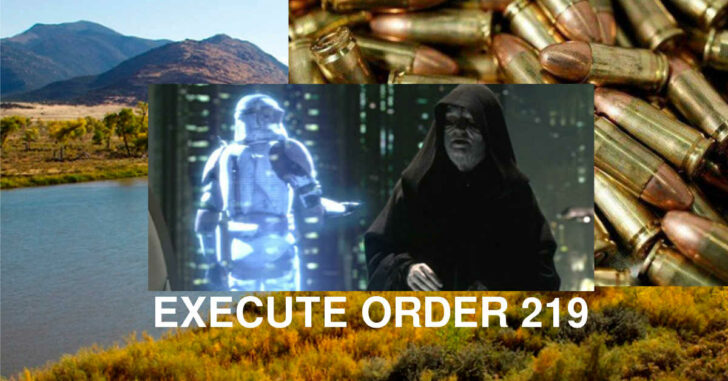 WASHINGTON, D.C. — Just days before President Obama’s administration left, U.S. Fish and Wildlife Service Director Dan Ashe issued a ban on lead ammunition in some national parks. This was enacted on his last day as the director.

Lands administered by the Fish and Wildlife Service — including any wildlife refuge or national park designated as such — is included in this ban. Fishing tackle that uses lead weights is also part of the regulation.

The toxicity of the lead found in shotgun buckshot and bullets on wildlife was cited as the main reason for the ammunition ban. This would not extend to bullets or shells loaded with non-leaded material such as copper.

“The use of lead ammunition continues for other forms of hunting, presenting an ongoing risk to upland or terrestrial migratory birds and other species that ingest spent shot directly from the ground or as a result of predating or scavenging carcasses that have been killed with lead ammunition and left in the field” Ashe’s order said. “Many states have enacted nontoxic shot and ammunition requirements to address this concern.”

If this order isn’t rescinded with the incoming administration, it would mean that anyone hunting or fishing on national lands would need to equip non-leaded rounds and tackle.

Furthermore, such an order would also refer to ammunition loaded into handguns carried by those wishing to make use of the land for recreational purposes.

It’s not just hunters and fishermen affected — it’s everyone who carries a gun who happens to be on national wildlife refuges.

I felt it was important to get the word out so any concealed carriers or gun owners wandering onto national parks would be aware. Even though hunting season in many parts of the country doesn’t take place until the following late summer and autumn, this will still affect plenty who carry firearms everyday, everywhere they go.

With Donald Trump’s appointed nominees still undergoing a grueling process to be accepted into their positions, it may take months or even a full year to rescind this order.

In that time, in order to be in compliance with Federal law, it may be necessary to adjust one’s load-out when traveling into designated wildlife refuges and parks.

As it stands in the original order issued by Dan Ashe, the order will terminate on July 31, 2018. The order is effective immediate of its issuance, January 19, 2017.

A full copy of the Order (Order No. 219) can be found at the Department of the Interior’s website or through this enclosed link.

Previous article: Alabama Lawmakers Weighing Permitless Concealed Carry -- Could 2017 Be The Year Of Constitutional Carry? Next article: Heated Argument In A Parking Lot Leads To A Concealed Carrier Unwittingly Shooting An Unarmed Man