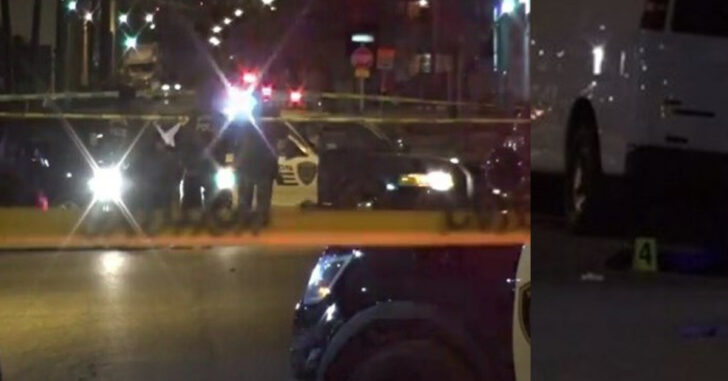 HOUSTON, TEXAS — Whatever lead a young man in his 20s to want to rob a family returning home from grocery shopping is beyond the scope of my imagination. What we do know is that the father, seeing an armed man approaching him, took the initiative to defend his family from what he believed was a very real, dangerous threat.

In the ensuing struggle, Houston police confirm that the father drew his own handgun and exchanged rounds at close range with the assailant. As neighbors in the apartment complex looked on in terror, they told KHOU they saw the father and the robber both carted off in ambulances. Both are confirmed dead.

This gun owner leaves behind a wife and two small children that he’ll never get to see again. To give one’s life for the safety of one’s family is a monumental undertaking that no one ever looks forward to doing. Unfortunately, in a violent world where we’re constantly being told about how the murder rate is going down and violent crime is decreasing, we may all forget to acknowledge that situations such as what happened recently in Houston can happen to any of us.

Let me be the first to say: statistics can skew the truth. If you ever read a statistic that tells you that life is getting smoother and less violent, someone is trying to sell you something.

As a writer covering the crime beat for Concealed Nation, every single day I have to filter through the dozens of daily reports about good guys and bad guys with guns. If anything, I’ve seen an increase in the willingness of a bad guy to resort to direct violence. I’ve seen a willingness to use young teenagers as child soldiers in their gangland drama.

Who sees a family getting out of their car, unloading groceries and thinks “oh, this must be the perfect opportunity to violently rob them?”

That’s no one you want to negotiate with.

For our reading audience, we’re interested in protecting ourselves and those we love from acts of violence perpetrated by a growing number of malcontent people who aren’t afraid to take a life for little to no gain.

If we’re not training and carrying our handguns every single day, everywhere we possibly can, we are leaving it all up to chance.

And like I’ve covered in previous articles: victory is not always guaranteed. By training and being proficient in the use of our everyday concealed handguns, we move just a little bit closer to prevailing in an armed life-or-death struggle for survival.

This man used his handgun to fight another armed man intent on hurting him and his family. The armed man may have said, “oh, but I was just in it for the money. I’d never actually hurt a man with his wife and two small children.”

Some politician or some shady non-profit gun legislation group will try to throw numbers around and plead with you, as a gun owner, about how “if you just surrender, nobody will get hurt.”

That’s a pack of lies.

If any of us believe for a second that a bad guy with a gun is going to go easy on us, we’re fooling each other. Don’t be fooled. Carry every single day. And should that day arrive when you need to use it to protect yourself or your family, fight like their lives depend upon you.

Previous article: Death Of Two Armed Robbers In Unrelated Home Invasions Ruled As Self-Defense -- A Tale Of Two Crooks Next article: Bad Guy Just Got Out From Prison For Armed Robbery, Decides To Go Rob Some More -- Sorry, But This Homeowner Is Armed, Too!