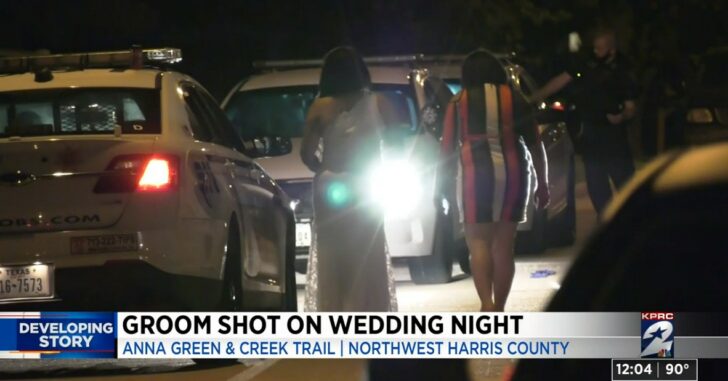 HARRIS COUNTY, TEXAS — A groom was shot in the chest on his wedding day by a man who was a guest, and police say the bride isn’t talking with them or attempting to cooperate.

“A groom has been shot on his wedding day. Witnesses not cooperating with responding officers,” Capt. John Shannon, who is with the Harris County Sheriff’s Office, said on Twitter.

The incident happened at a residence Thursday night. The groom was airlifted to the hospital and underwent surgery. He is now in stable condition.

Police say an argument between a guest and the groom took place, and ended with that guest pulling a gun and firing.

A neighbor spoke with reporters, who heard the commotion going on outside.

Was it self-defense? Likely not, since police can’t locate nor identify the man who fired the shot.

To carry or not to carry at a wedding? That’s for you to decide.

Previous article: Family In Car Is Attacked By Multiple People After Woman Claims It's Her Car [WATCH] Next article: Why We Carry: Guy Slashed With Knife, Apparently Because Of A Mask [Graphic Warning]