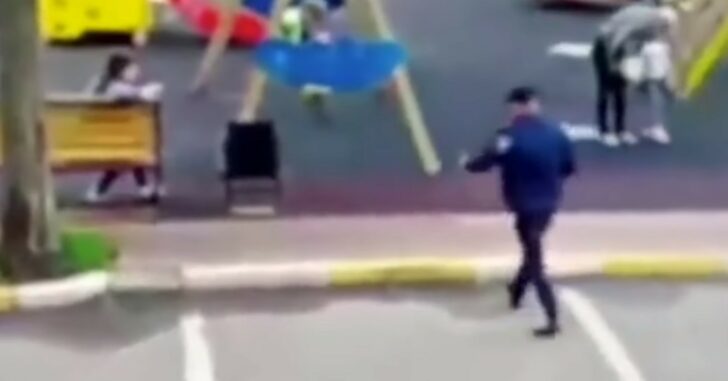 The story goes that this man had proposed to the woman, and she declined his proposal. The 27-year-old woman then moved with her 5-year-old child, at least in part to get some distance between herself and the man.

Those attempts at escape were not enough, as he was able to locate her, sitting on a bench at a playground watching her child play.

It looks like the woman saw the threat approaching, but either froze or didn’t think he was going to pose a deadly threat. In any event, by the time he was within reach, it was too late. News reports say she was stabbed 20 or more times.

With numerous people at the playground, they started to scramble and get their children to safety during the attack.

Had an armed citizen been at that park, or had the woman been armed herself, the outcome may have been different. While that’s pure speculation, it’s a vivid reminder of just how evil some people are.

This incident could have ended a million different ways, as there were at least a few seconds to create a quick plan to either escape or fight.

This could have been a case of destruction in any event, as this man seems to have been driven by some seriously dark emotions. He may not have ever stopped until he completed what he was set out to do.

It’s an incredibly tough video to watch, so please proceed with caution.