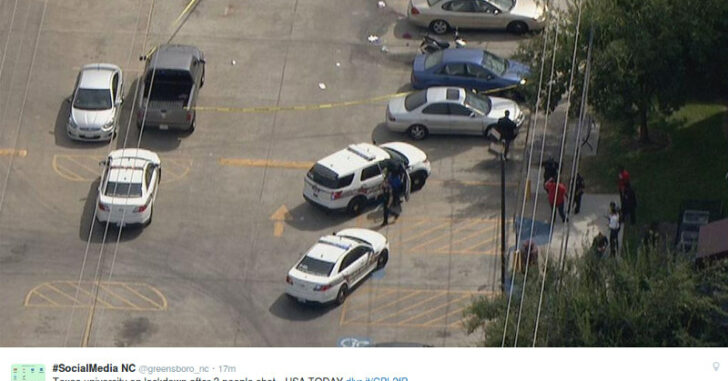 HOUSTON — At approximately 11:30 am CTZ (12:30 am EST), a off-campus school shooting has left one dead, one injured, and the killer not yet formally identified.  According to FOX 8, the gunman shot two people in the parking area of University Courtyard Apartments on the edge of the TSU campus.  University Courtyard Apartments is not owned by Texas Southern University and is considered “off campus” even though university students were advised to take shelter.

As other news agencies pour into Houston, the police have issued an advisory that students are to remain in place and take shelter.  ArkansasOnline is reporting that police have detained a possible suspect but nothing is certain at this time.

ABC News reported another shooting occurring at this exact same apartment complex in August.  According to that story, a 20-year-old male was charged with aggravated assault with a deadly weapon after he shot a man and a woman in the parking lot.  In that case, Texas Southern University did not stop classes or advise students to take shelter because it was believed to be considered “off-campus”.

This is the third shooting on the TSU campus in the past two months, and the second at this apartment complex.

Earlier this week, one person was injured while on the “Tiger Walk.” TSU Police are still looking for that suspect, identified is Darios Tramain Crayton Scott, 19.

And back on August 27, a man and woman were both injured when a man opened fire in the parking lot of the same apartment complex as today’s shooting. Darrius Nichols, 20, is charged with aggravated assault with a deadly weapon in that case.