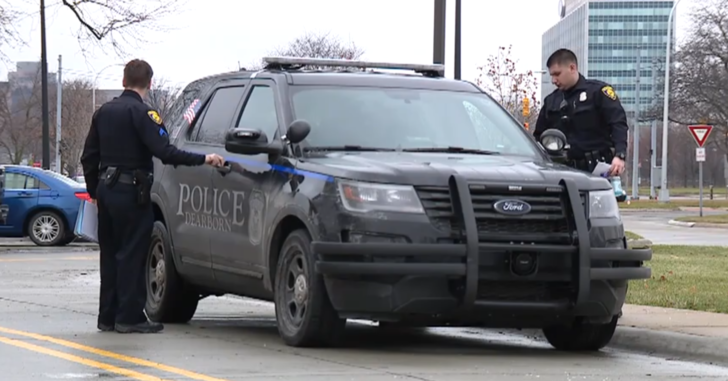 DEARBORN, MICHIGAN — Using a public bathroom in a mall or department store should be a relatively safe experience. However, one woman in Michigan experienced something disturbing. Fortunately, she had her firearm with her to keep her safe.

A shopper at Fairlane pulled out a gun after a man was peeping and touching himself in the women’s bathroom Friday. “He was not afraid and it made me feel that he’s done this before,” she said.

Crawford said when she opened the stall door she spotted a black man appearing to be in his mid-to late 30s touching himself. He was looking at the other woman who got so terrified – she pulled out a gun.

“She was so afraid she didn’t want to do that. She felt threatened,” Crawford said.

Crawford and the other woman screamed for security and blocked one of the doors to leave, but the man casually took another way out – through the mall.

It’s important to note that the woman being interviewed in the article is not the one with the gun. She is a second victim of this same pervert who was there at the time of the incident. According to her, it all started when she was in a stall at the mall bathroom.

She suddenly heard banging on her stall door and a woman crying out for help. When she opened the door, she not only saw the woman, but also a man. That man had gotten into the women’s bathroom and was peeping on them and likely others. In addition, he was touching himself as he looked at them.

At this point, the girl who was banging on the stall door for help retrieved a handgun from her purse. Holding the man at gunpoint she tried to block the exit. Unfortunately, this bathroom had two exits, and the pervert ran out the other exit.

One of the confusing things about this story is why the woman with the gun cried out for help from the woman in the stall. If she had a gun and was willing to use it, why did she behave in that manner? It seems like she unnecessarily drew another person into the conflict. An argument could be made that she wanted a witness or maybe some backup if things went wrong.

Also, “good guy/gal” gun etiquette (and usually legally speaking) one shouldn’t draw a gun unless they felt their life was in danger. Other than being a pervert, the story doesn’t say the guy was aggressive towards her. That being said, if my wife was in that same situation, you bet I would be happy she drew her firearm!

Well for starters, it’s great that the woman was carrying a firearm. Women firearm ownership is rising rapidly in this country, but still not fast enough for my taste. With all the recent stories of human trafficking, I support all women who want to carry a gun to protect themselves.

Once she drew her firearm and gave notice to the pervert, he backed off. She then tried to block the door to prevent him from leaving before she could call and have him arrested. When he ran out the other exit she did not pursue him or shoot at him; Two things that could have brought her legal trouble.

The woman with the gun did a good job overall, especially since the witness said the woman looked reluctant to use it. She didn’t make any real mistakes, and her mission to get this creep out of the women’s restroom worked!