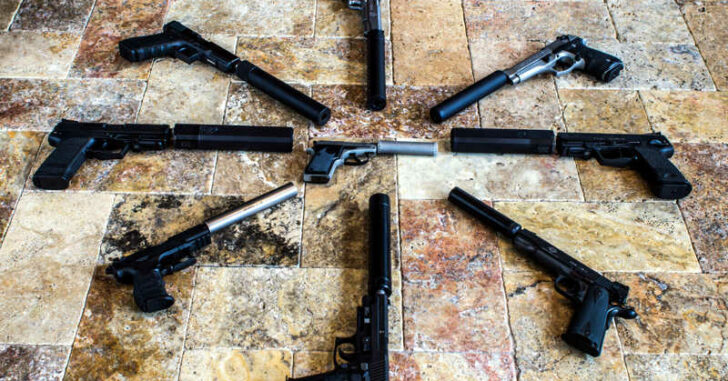 NASHVILLE, TENNESSEE — Even though the National Hearing Protection Act appears to be on the sidelines for the moment, Tennessee is pushing ahead with its own legislation to allow the possession of suppressors. Tennessee had prior laws on the books which prohibited the possession, transfer, sale, or transportation of suppressors — devices that reduce the noise generated by firearms. A recent bill passed through the Tennessee Senate would eliminate those restrictions.

According to ShallNot.org, Senate Bill 921 would not countermand Federal restrictions on the sale, purchase, and transfer of suppressors. It would just remove the state-level restrictions placed in addition to the Federal ones. Tennessee residents would still need to purchase an ATF tax stamp and go through the waiting period like everyone else in the country.

For those hoping for some action on the Federal level in relation to suppressors, short barreled rifles, and similar, it may be awhile. Even members inside the ATF who attempt to report positions on those matters that may deviate from regulations are met with extreme grilling on Capitol Hill.

Suppressors — also sometimes referred to as “silencers” — are tools that are affixed to the barrel of a firearm to reduce the report of the gun. These aren’t ‘Hollywood’ suppressors that make the sound diminish altogether, they just bring down the volume to a level that doesn’t hurt people’s ears as much.

Suppressors have been demonized in popular movies and television as these popular tools that assassins use to make the report of a gun go away. In most cases, suppressors don’t even come close to doing that.

Since the recent administration has come into office, there has been renewed interest in removing the restrictions on suppressors. States may have their own restrictions — such as Tennessee — and then there is the convoluted process to purchase and possess a suppressor. At present, it involves a $200 tax stamp and a waiting period that can run into months.

Also, suppressors are treated like guns. Even though a suppressor is incapable of firing a projectile on its own, it is tracked the same way as a gun is tracked. For instance, if you put a suppressor on the end of your FNX-45, the ATF would classify that as two guns instead of one.

Does that make sense? No. No it doesn’t.

Tennessee legislation isn’t going to fix any of that, sadly. That will require reform on the federal level. In the meantime, I’d expect to see a great deal of suppressors arriving on the shelves of Tennessee gun stores once SB 921 becomes law.

Previous article: Lawn Care Worker Shoots Dog During Attack Next article: If Armed Robbers Stole Your Gun AND You Watched Them Trying To Enter, Your Gun Was Probably In A Bad Location