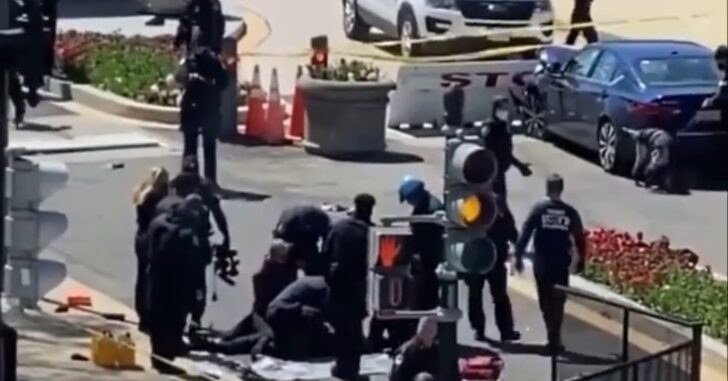 An officer is dead and another injured after police say a suspect drove a vehicle into a barricade at the Capitol, and then exited the vehicle with a knife.

The United States Capitol was locked down on Friday due to an “exterior security threat” after a car rammed into a barrier on the Senate side of the complex. One officer died and another was injured, according to United States Capitol Police (USCP), who said the suspect was killed by police after he exited his Navy Sedan and attacked them with a knife.

They believe that the suspect acted alone.

Because of the holiday, many offices and buildings were nearly empty.

🚨🚨A helicopter just landed on the east front of the Capitol. I’ve never seen anything like this before. ever. pic.twitter.com/LxV0mywRSe

Previous article: Man Who Is No Stranger To The Law Shot During Attempted Home Break-in Next article: Homeowner Fatally Shoots Alleged Thief Outside Of Residence