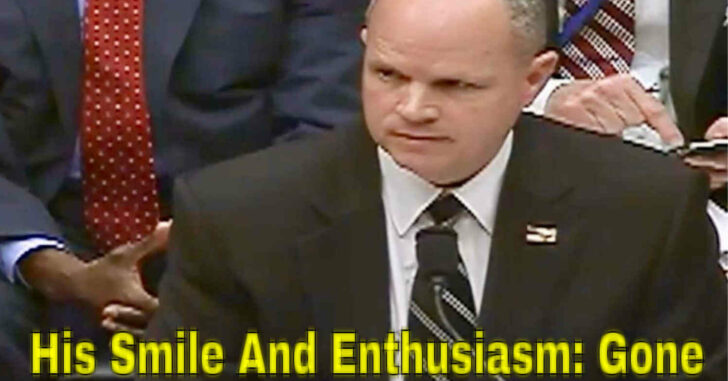 WASHINGTON, D.C. — Imagine you’re second-in-command of the Bureau of Alcohol, Tobacco, and Firearms. You see the political climate shifting and a new understanding of the role of suppressors, short barrel rifles, and different types of defensive ammunition. But because regulations are based from an era where politicians took knee-jerk reactions based upon their own prejudices built up by Hollywood movies, you still have a job to do. And it includes wasting billions of dollars and man-hours assigning good federal employees to constantly process the slew of requests for tax stamps for suppressors and short barrel rifles.

The American consumers purchasing these items are understandably irate they have to wait to take home something they paid money for — in addition to giving your agency a $200 tax stamp.

And what does the American people get because of this? Are the bad guys any less capable of getting their hands on high-end stolen firearms and firearms accessories? Not a bit.

So, in a bold move, you see a new administration coming in and decide maybe it’s time the ATF build a list of positions on issues such as suppressors, ‘armor piercing bullets’, and the like.

Now, you get a call from Congress. They want to drag you out in front of a panel of career politicians who will take turns lambasting you without any semblance of evidence, argument, logic or reason.

If you’ve followed this far, that man’s name is Ronald Turk and he’s the ATF’s Associate Deputy Director and second in command.

Here’s a light excerpt of the type of ridiculous questioning he gets faced with at this congressional hearing.

Turk began to answer, but Connelly cut him off.

“I represent victims from Virginia Tech,” Connelly said, referencing a 2007 mass shooting at the university. “We buried 6 young people. And I couldn’t explain to them why an ATF … representative might think that legalizing silencers might be a good idea.”

Turk testified that the proposals discussed in his white paper “had been floating around for years.”

“With the change in administration it was our impression that we … could expect a conversation about the regulations within the firearms industry.” he said. “I felt it very important to be able to assemble the ATF executive staff to … have potential positions for the bureau in place should we be asked by the department or the administration.”

Unfortunately for Turk, the Bureau of Alcohol, Tobacco, and Firearms, and the American taxpayer, that conversation is mired in the type of political debacle that career Democrats have used as a hallmark of their irrational emotional appeal to unfounded arguments. That’s not to promote one party over the other but when it comes to gun-related issues, it seems like a running stereotype. Instead of calming debating rational points about the pros and cons of loosening federal control over something it really should never have had control over in the first place, we get hit in the face repeatedly by tragedies not even attributable to that conversation.

I certainly hope if I’m ever the victim of gun-related violence, I don’t have a career politician like Representative Gerald Connelly dragging my dead memory out onto a D.C. panel discussion for cheap political points. It’s not enough to mourn those who lost their lives in very sad, isolated events. We have to use their memories in vain. That’s the reason why instead of discussing how the ATF could reasonably roll back restrictions that don’t serve anyone and waste taxpayer dollars, we have to be the adult in the room and let career politicians have their temper tantrums and disgrace the memories of those who suffered at the hands of individuals.