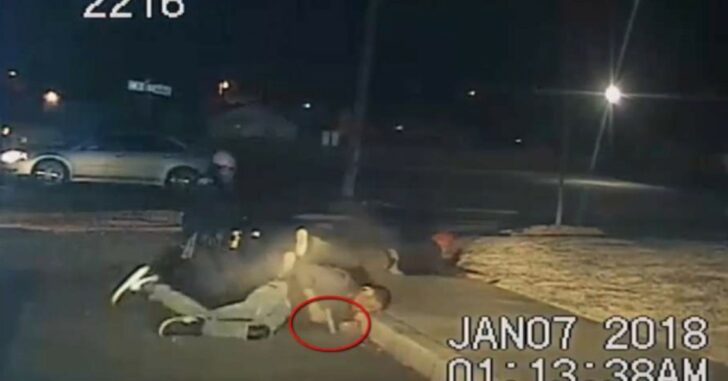 LITTLE ROCK, ARKANSAS — I’ve been sitting on this story for a few days and wasn’t sure if it’d be run or not, but the obvious decision has been made.

It’s a story of an obviously troubled teen who wasn’t ready to go to jail. So instead of being taken into custody, he made the decision to start a shootout with police.

The end result: it didn’t go well for him.

17-year-old Charles Smith was in a vehicle which was pulled over during a traffic stop, and that stop should have gone smoothly. When it didn’t and the teen was killed by police, people wanted answers.

Those answers came in the form of dash cam footage released by the department.

Smith was a rear-seat passenger in a car pulled over for speeding and a headlight violation. The five-minute video shows a patrolman tell the driver to step out of the car, asking, “You ain’t got anything crazy on you, do you?” and “Why were you driving so dang-gummed fast, man?”

After searching the driver and a front-seat passenger, the officer searched Smith and asked about weapons, marijuana and his Nike Air Force 1 shoes. “How do you like them?” the officer said, chit-chatting during a pat-down.

After twice telling Smith to not reach for something, the two suddenly wrestled to the ground.

“I can’t go to jail,” Smith cried out. An officer’s attempt to use a Taser failed.

“Get your (expletive) hand out,” an officer told Smith, whose hands were out of the camera’s view. Then the officer yelled, “It’s a (expletive) gun.”

It is at this time that officers say the teen began to fire. The video below shows Smith cocking and firing his gun multiple times, and that’s when police had no choice but to open fire to stop the threat against their lives.

Things get even more interesting when a lawyer is thrown into the mix. If you take a look at the quick snippet below, you’ll know exactly what I’m talking about:

“We’re not at a point where we can make any conclusions,” Proctor said. He said that once a complete set of video footage is released, there could be an opportunity to look into “what, if anything, could have been done differently.”

I know that Proctor is a lawyer and understand that he has his client’s interests in mind, but an absolute conclusion can be drawn from where I’m sitting. It’s quite obvious that police had no choice but to shoot.

An attempt to use a taser was made, but failed. The officers seem to have done everything in order and when that wasn’t enough, the last resort was used on a real threat that they faced.