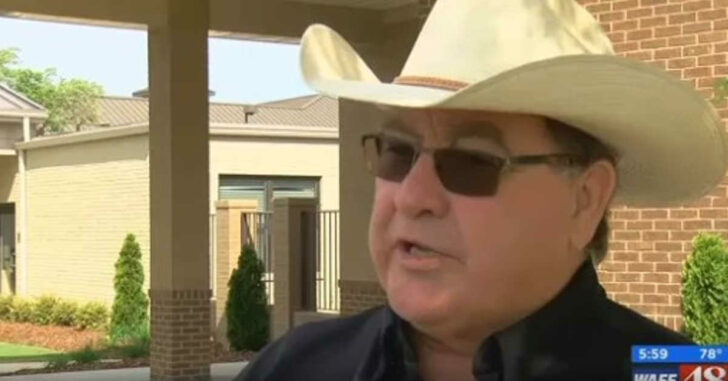 LIMESTONE COUNTY, ALABAMA — The Alabama Senate recently passed a bill that would remove the need for a concealed carry permit for residents. The vote passed 25-8 but has drawn criticism from some law enforcement officials as they figure out how they’ll accommodate the potential new changes coming down the pike.

The Sheriff of Limestone County, in particular, recently came out with some colorful words regarding the newly passed bill. Residents of that county were surprised by his reaction but even more surprised when he stood up for himself in a recent news interview.

“A lot of people who are right to carry people try to say I’m anti-second amendment, and totally [BS],” Sheriff Blakely said to WAFF 48 News.

In Alabama, residents have to pursue a concealed carry permit through their local Sheriff’s office. If the bill passes the House and is signed into law by the governor, it will make Alabama the newest addition to the permitless concealed carry team.

We’ve been covering a LOT of states pushing for permitless carry. It should be and always has been a constitutionally granted right under the ‘Right to Bear Arms’ section of the Bill of Rights — but that language has been muddied and bullied out in favor of state-by-state restrictions that have resulted in otherwise innocent people facing court fines and even going to jail.

The whole reason we need a National Reciprocity Act is because the core right to carry a firearm has been so thoroughly contested in each state.

If every citizen of the United States was unquestionably allowed to carry a firearm as he or she saw fit, there would be no need for a reciprocity law. There wouldn’t be a need for an issuing authority and the seventeen myriad layers of bureaucracy that plague some state residents between having a desire to exercise their Second Amendment and finally getting that piece of paper that allows them to do so.

As more states contemplate switching over to a permitless method, it still means those who may not legally possess a firearm are prohibited from doing so. It doesn’t change a single thing for criminals who never paid attention to the law to begin with. All it does is open up the core fundamental right granted to each and every American to damn near all of them.

Is there the potential for complications?

Is there the potential that a new generation of citizens carrying don’t have a basic clue what a firearm does or how to safely use it?

But that’s part of allowing a people to exercise natural rights.

There is the potential for disaster. And by and large, from a look at the statistics, it’s not negligent gunshot wounds that account for a large cross section of injuries and deaths across the United States.

For law enforcement that think a citizen has an obligation to seek a permit, it will take time to get used to the idea that those citizens don’t. And while it will be hotly debated in court, simply possessing a firearm without a permit will no longer constitute “probable cause” for a further investigation into that person’s private life. This is likely what will chap the hides of some member of law enforcement going forward.

Does each gun owner need to educate himself as to the proper and safe usage of the firearm he’s carrying? You bet. That’s why we need education-based solutions to this problem rather than mandatory training and bureaucratic paperwork.