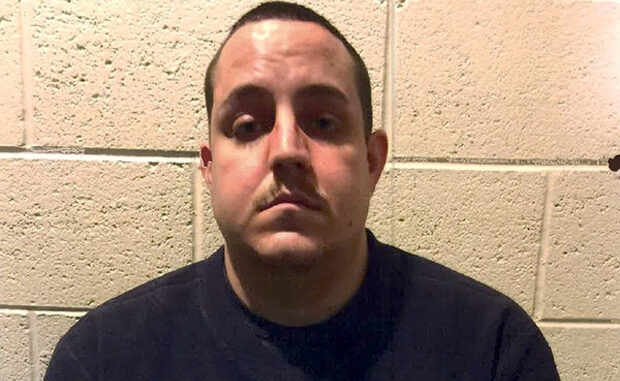 Luke Sanderlin, 34, called police early this week to say that he had been carjacked by the person he believed to be the man who murdered six people earlier in the day that police were searching for.

His story was that he was out for a walk near his home with his dog, when a man with a knife approached him and asked for his keys. Sanderlin told police that a scuffle ensued and that he drew his firearm in self defense and fired shots at the attacker.

Turns out, the encounter never occurred.

Sanderlin was arrested and faces charges of risking a catastrophe, recklessly endangering another person, and making false reports to law enforcement.

Not only did he lie about the encounter, but he wasted numerous police resources during an active manhunt and could have endangered other lives. Luckily, no one else was hurt or killed by the offender. To make the scenario seem real, Sanderlin did in fact fire three shots into the woods near the residential area where he lived.

Assuming that Sanderlin has his concealed carry permit in PA, should it now be taken away? I say yes, but this is in direct contradiction of people who say anyone and everyone who is free should be allowed to carry. Here we go; I just ignited the right vs. privilege debate.

Previous article: Woman's Current Boyfriend Shoots And Kills Her Ex-Boyfriend After He Breaks Into Their Home With A Gun Next article: NYC Gunman Who Killed Two Officers Warned Followers On Instagram