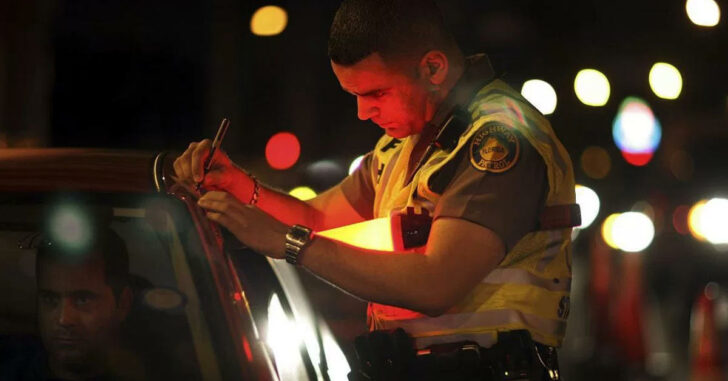 SALT LAKE CITY, UTAH — For those that like to chance it behind the wheel or in the holster, Utah lawmakers just dropped the threshold police need to accuse someone of Driving Under the Influence (DUI). But the new Utah initiative doesn’t stop with drivers — concealed carriers and gun owners are held under the same standards as those who operate heavy machinery.

“The American Beverage Institute opposes the measure. The industry says a 120-pound woman can reach .05 with little more than one drink. The group argues that at that level, a driver is less impaired than a driver talking hands-free on a cell phone.

“But some public health experts have pushed for stricter limits. As recently as last year, the National Transportation Safety Board recommended that all states drop blood alcohol levels down to .05, to deter more people from drinking and driving.”

While Utah’s recent amendment of its standards only applies to those residing or traveling through Utah, those constraints are actually the recommended level set by a national agency. The National Transportation Safety Board issues recommendations to federal and state legislators. If the administration were ever to tie Department of Transportation funds to these new blood-alcohol level standards, it would push a large number of other states to head that way as well.

We’ve commonly said that it just doesn’t make sense to drink and carry a gun. Not only is a person’s judgement impaired while under the influence of alcohol, his faculties are also dulled. This can lead to slower reaction times and poor dexterity.

So if you’re stopping by a social mixer and just happen to have a glass of cool suds before heading home, make sure you’re aware that you can get hit twice: once as an operator of a motor vehicle and again as a licensed concealed carrier.

The new law won’t take effect until December 30, 2018. After that time, it’s going to be a very expensive mistake to get behind the wheel while you have a gun on your hip.

Play it safe. Have a designated gun carrier and driver while you are out and about. It could save you more than just insurance costs and legal paperwork — it could potentially save your life or the life of someone around you.