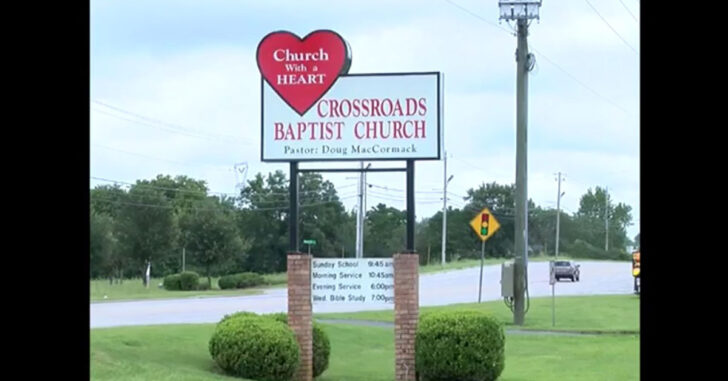 DOTHAN, AL — A man is dead after deciding to take his life into his own hands, attempting to rob the occupants of a Baptist church in Alabama.

“He completed one robbery in which he received roughly $50 dollars and proceeded to try to rob someone else and the second person had a handgun and shot the suspect while he was in his office,” said police LT. Brian Smith according to Dothan First.

It was 10:30 p.m. on a Sunday. Workers were there prepping for the next week.

“They were getting ready to go on a youth trip and they were working late to get ready for the trip in the morning,” Smith said.

Some were confused as to why a church member had a gun on church grounds. However, Smith backs them.

“In a church or not wherever you are you have the chance to defend yourself in your home, you have certain additional rights,” he said.

OK, there are two things to remember here.

I have long told my friends — the most important place to be responsibly-armed is in a church, and that is a fact. Folks think of churches as places of peace — as well they should be. But that makes them appealing to bad guys.

Religious buildings have targets on their backs — regardless of faith. There is someone, somewhere, who does not want that faith to exist. So carry. You will be glad that you did.

Second — if you’re a bad guy — have a speck of ethics and try not to go robbing a church. For your sake, if not ours.