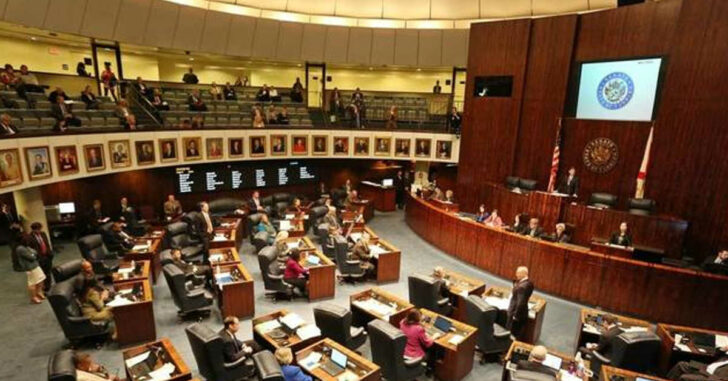 TALLAHASSEE, FLORIDA — The burden of proof has shifted in Florida from the defense to the prosecution to prove ‘stand your ground’. Florida Senate Bill 128 was approved 23-15. Senate Democrats were the main block against the bill but, with the law passing the Senate, it appears prosecutors are going to have to spend more time and resources to prove that the defendant can not use a ‘stand your ground’ defense.

‘Stand Your Ground’ generally refers to a set of laws that basically say so long as a person has every legal right to be at a certain place, he has no duty to retreat from a threat. Because he has no duty to retreat, he can choose to defend himself from what he perceives as that threat. This used to be an argument, in Florida, so defendants could file a motion to dismiss homicide-related charges. Now, it will need to be a main crux in the prosecution’s case.

As we covered in a case involving a former police captain fatally shooting a fellow movie-goer, ‘stand your ground’ can be overturned by a judge. It’s not a ‘fail safe’ for people that shoot other people. In fact, when evidence proves the opposite, ‘stand your ground’ does not generally hold up in court.

While Senate Democrats see it as a ‘shoot to kill’ bill that will create an incentive for people to shoot one another, SB 128 is actually consistent with the adage ‘innocent until proven guilty’.

The prosecution should always have the burden of proof to prove beyond a reasonable doubt that another person committed an act of murder. So now, instead of immediately jumping into the proceedings, the prosecution will have to determine specifically how an individual does not have a basis to claim ‘stand your ground’ in connection with the shooting or severe injuring of another person.

Not all states have ‘Stand Your Ground’ laws. Not all states interpret the conditions of justifiable homicide or use of deadly force the same way. It’s important, as concealed carriers, to be knowledgeable about our own state’s law and how they generally interpret those conditions.

While Florida undergoes a ‘Gun Renaissance’ of legislative reform, we have to know that this may not be shared across state lines. Other states generally put the onus of burden upon the defendant to prove he acted in a justifiable way. This is ideally done by providing evidence to assert the claim through witness testimony and surveillance video.

In acts such as home invasion, burglary, and robbery, the conditions for the case are much easier to assert. For altercations out in town where one or more participants did not have a clear motive or intent to harm another prior to the engagement, the process gets much more hairy.

For Florida concealed carriers, it means the prosecution has to bring evidence against the claim of ‘stand your ground’ prior to dismissing it as a plausible defense. This can help a lot of law-abiding gun owners in getting on with their lives after defending themselves from an aggressor.