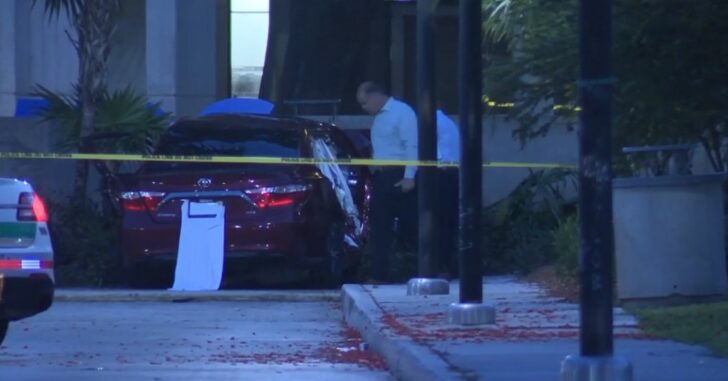 KENDALL, FLORIDA — 3 people were killed and numerous others injured during a shooting that police say took place at a strip mall following a graduation party. Two vehicles pulled up, and chaos broke out. The incident happened around 2 am Sunday.

He said a barrage of gunfire broke out when two cars pulled up into the strip mall and someone inside one of the vehicles opened fire on people leaving the hookah lounge.

Police said two men and a woman were killed and at least six others, three men and three women, were injured and were rushed to hospitals in private vehicles.

The woman fatally shot was a Florida corrections officer, although her place of employment was not released.

A vehicle that was carrying two victims, both of which died, wound up crashing into a wall while trying to get away. Police recovered a firearm inside the vehicle but do not yet know if that firearm was used during the shooting.

No arrests have been made, and police are asking the public’s help to find the vehicles believed to be involved.

An all-points bulletin was issued for a dark-colored Chevrolet Malibu and a white Toyota Camry witnesses saw speeding away from the chaotic scene, police said.

Our community was again painfully struck by gun violence overnight. No one is immune, this shooting took the life of a correctional officer. We all have the responsibility to report these killers. My deepest condolences to those affected by this intentional act of violence.