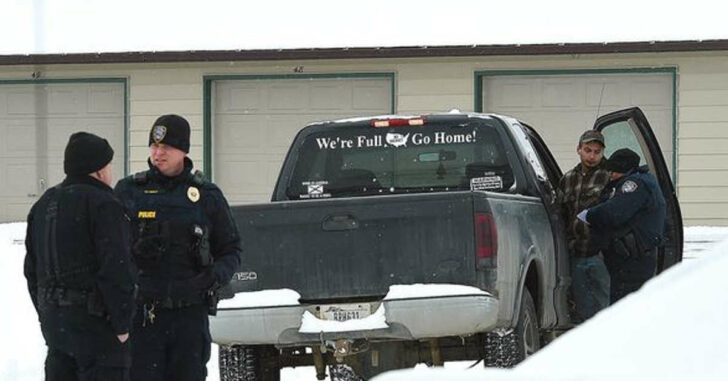 To make matters worse, according to the Billings Gazette, the panel truck driver then backed up over the guy — hitting him for a second time.

During this interchange, the victim’s passenger realized that the panel truck driver had clearly lost his mind and was willing to inflict serious bodily injury and even death. He drew his handgun and held the suspect at gunpoint until police could arrive.

When they did arrive, they got the victim to a hospital for treatment of his injuries — which are not considered life threatening — and took statements from both parties.

Montana authorities concluded that the gun owner acted well within his rights to use force to detain someone committing a violent felony.

Road rage. It brings out the best in people, doesn’t it?

This is a little dose of reality for those who have seen someone lose their mind out on the road. The best way to deal with these situations is to not actively engage. Get to a safe place, contact police, and wait for them. If you have a gun on you — which you should at all times — keep it there and defend yourself if the other party makes the dumb move to escalate the situation.

It’s something, unfortunately, we’re all too familiar with. But, if you step outside the vehicle, you’re leaving yourself wide out in the open as a target. It’s better to sit tight and let the authorities get to the bottom of it.

Previous article: When Seconds Matter, Five Minutes Is A Long Time To Wait For Help -- South Dakota Chairman Pulls The Alarm To Show Other Members Why Concealed Carry At The Capitol Is Important Next article: Why The Handgun?