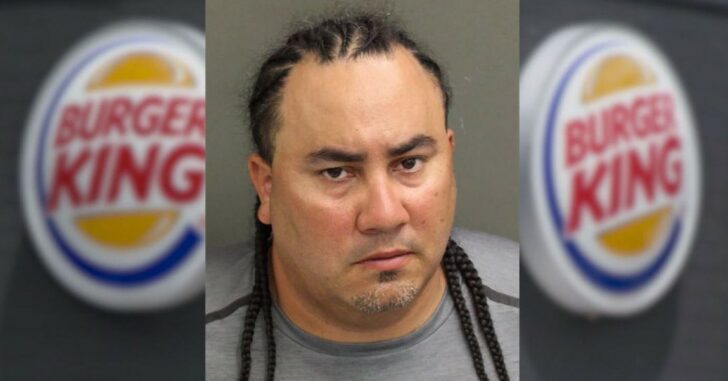 ORLANDO, FLORIDA — A felon, in obvious illegal possession of a firearm, shot and killed a Burger King employee after an argument over an order taking too long.

A woman became annoyed that the wait time was long, and reportedly received a refund and was asked to leave. She did, but came back with a man who wanted to fight the employee.

Because that’s what civilized people do.

22-year-old employee Desmond Joshua Jr. was that employee, and he was shot dead by 37-year-old Kelvis Rodriguez-Tormes.

Rodriguez-Tormes demanded to fight Joshua, who was working at the drive-thru, according to authorities. The arrest report states the suspect was heard saying, “You got two seconds before I shoot you.” Eventually, Joshua was fatally shot.

Deputies say Rodriguez-Tormes and the woman drove to a house about two miles away, where they were found and detained.

He’s now facing first-degree murder charges, as well as others.

When the bad guys don’t follow the laws, like this felon in possession of a firearm, it’s a reminder of how important it is for us to maintain as much control over our own safety as we can.

A young man lost his life for nothing, and the animal responsible doesn’t deserve to breathe.

Carry every day, train with your firearm, and hope you never need to use it.