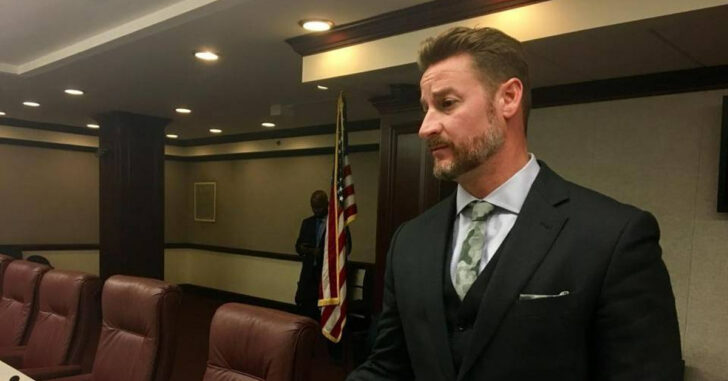 SARASOTA, FLORIDA — The sign says “No Guns Allowed” but there’s clearly no additional security precautions at the door. Just another “Gun Free Zone” for criminals, right? Well, according to some Florida lawmakers, if a business wants you to legally disarm before entering, they are now liable for what happens to you while you’re in their establishment.

According to the Miami Herald, the Florida Senate is now convening on SB 610. If passed and put into law, any Florida business owner that requires its customers and employees to disarm will be held liable for any damages resulting from violence on their premises.

“It’s the premise in Florida that if a private business wants to prohibit guns in their location that’s open to public, that’s fine they can do that,” Senate Judiciary Chairman Greg Steube said. “But if you’re going to do that, in my opinion, I should have some assumption that I’m going to be protected as a conceal-carry permit-holder because you’re taking away my ability to defend myself.”

Almost every major movie theater chain in the country imposes a “no weapons allowed” rule that extends to properly permitted, law-abiding citizens. Of course we know that criminals don’t obey those rules.

However, if SB 610 is passed and becomes law, business owners like major movie theater chains would become civilly liable for any damages that took place that could have been prevented if the victim had been allowed to keep his or her firearms.

“If you’re prohibiting my ability to carry and I’m licensed to carry … you’re going to need to make sure that there’s adequate security in place to protect me in case of an emergency or some type of shooting incident,” Steube said. “And if you don’t take those adequate measures and something happens, then you’re going to be liable.”

It’s not immediately certain how a plaintiff would go about proving those damages could have been prevented but, if this becomes law, it’s certain to rile more than a few feathers.

After all, say if a business prohibits its employees from being armed and an employee is mugged on the way to his car. Is the business now liable?

There could be a litany of cases attached to such a law. It really hammers home the point that if you want your customers to be vulnerable to attack, you need to take measures to adequately plan for their safety.

Cost-wise, it would almost always be cheaper to not be a “gun free” business. After all, the added costs in security and insurance would far outweigh simply letting customers and employees govern themselves accordingly.

There’s still a long way to go before SB 610 becomes a reality but it is an example of an interesting carrot-and-stick approach to get people thinking differently about guns.

Previous article: What's Good (And Bad) About The Concealed Carry Reciprocity Act of 2017 Next article: Armed Citizen Considerations in the Time of the Active Killer