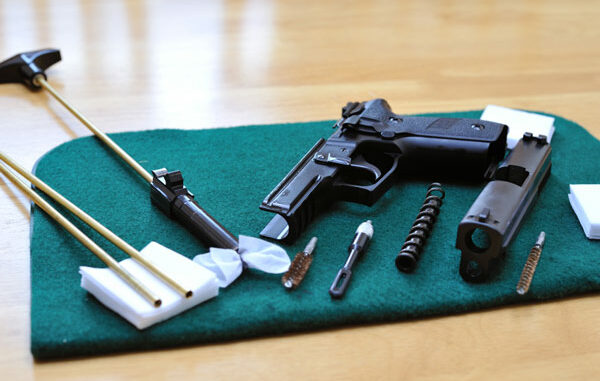 Negligence has no place when handling firearms. Zero. Period. No room for error, and no place for stupid people.

Let’s say you’re at the range and you see some negligence going on. Say the person in the lane next to you is flagging others left and right (for those unfamiliar with the term ‘flagging’, it simply means pointing the barrel of your firearm at someone, even if it was unintentional). Would you say something?

If you didn’t, would you feel bad if that person negligently shot someone one day?

A man in North Carolina was disassembling his firearm just this afternoon when it went off and struck his brother. We’ll assume the firearm didn’t go off on it’s own (and even if it did, the owner still didn’t clear it prior to dis-assembly). One simple action would have prevented this, and that’s a safety check of the firearm.

Ultimately, it’s up to each gun owner to show responsibility and common sense while handling their firearms. After all, if they need to be babysat… they shouldn’t have a firearm in the first place. Anyone crying 2nd Amendment infringement right now isn’t going to get far with me in an argument. Simply put; there are people out there –legal and law-abiding citizens– who don’t possess the brain power to own a gun. Period.

Previous article: [VIDEO] Gun Lube Cold Test: CLP vs. Froglube vs. FireCLEAN and more! Next article: Two Women Hold An Elderly Man Hostage -- Until He Gets Free And Gets His Gun