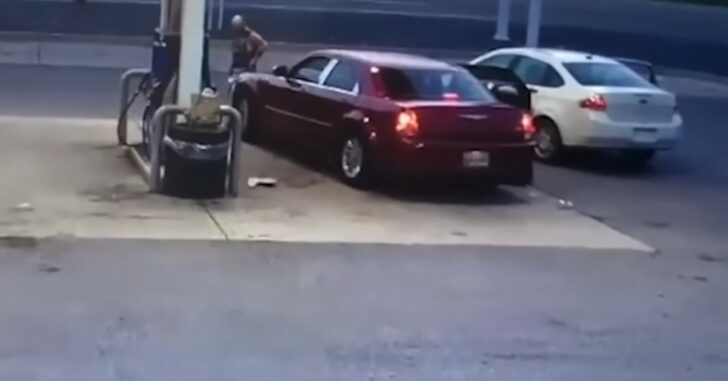 Hi, I’m Brandon. I’m not an attorney, so this isn’t legal advice. The video below sure does look justified, however.

A group of thugs easily open a vehicle’s doors at a gas station and try to take control over the driver inside. Eventually, the driver makes the decision to hit the gas, which turns into actually running over both of the suspects.

According to a few comments, the suspects were in custody.

People, it’s important to keep your doors locked when doing certain things, and it doesn’t matter what neighborhood you’re in. If this driver had locked his doors while he was sitting inside the vehicle, these criminals would have been met with those locked doors and the driver could make a pretty clean getaway.

Previous article: Homeowner Has Shootout With Intruder While On The Phone With 911 Next article: BREAKING: H.R. 1808 Will Be Voted On Friday Morning, And Could Spell Disaster For Gun Owners