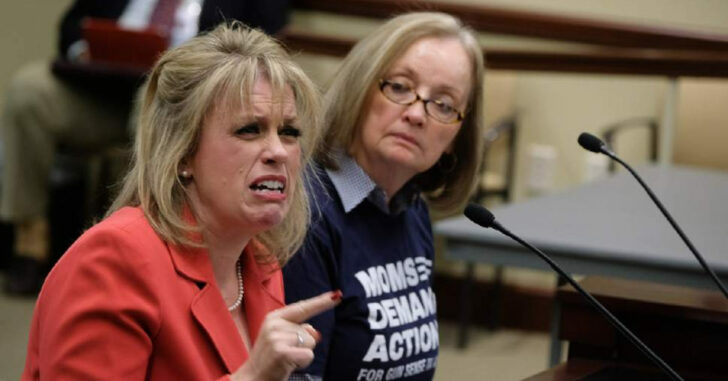 SALT LAKE CITY, UTAH — We recently covered Utah’s exploration of permitless concealed carry in a previous article. As House Bill 237 headed to the Law Enforcement and Criminal Justice Committee, we expected quite a bit of push-back from anti-gun lobbyists such as Moms Demand Action and others. Sadly, we weren’t disappointed.

After emotional appeals and anecdotes delivered by both sides of the argument, Moms Demand Action managed to dredge up yet another victim of a shooting incident that could have easily been solved by a good guy or gal with a gun.

“HB237 potentially allows dangerous people to easily carry concealed loaded weapons in our state in public places, such as Trolley Square,” Anne Bagley, a survivor of the Trolley Square mass shooting, representing Moms Demand Action for Gun Sense said, and “allows people who have not passed a background check or have proper safety training to carry loaded weapons around children and all of us.”

A tie vote, 5-5, in the House Law Enforcement and Criminal Justice Committee ended discussion on the bill for now.

We covered our discussion about this bill in this article.

To be blunt, this was deft political maneuvering on behalf of Gov. Herbert to avoid having to veto the third time such legislation has been raised in Utah.

By delaying discussion and delaying a House vote, Herbert essentially avoids having to make a political stand on the issue. His prior complaints were related to the ability of domestic abusers to have access to firearms without a permit. This version of the bill mandates that law enforcement would take a much more active role in reporting domestic abuse cases and informing those accused of domestic abuse, or subject to protective orders, would not legally have access to guns.

If any of us are under the mistaken impression that organizations such as Moms Demand Action for Gun Sense and any other shell non-profit are actually interested in gun-related issues, we really need to start dismantling that notion. These are political apparatuses. Like weeds in the desert, they only spring up when conditions are suited and fade back into the ground the second the water dries up.

For Utahns that have a legitimate right to keep and bear arms, tabling this sort of discussion is tantamount to politicians being afraid to tackle real issues.

On the other side of the argument, another woman gave her story of how she was forced to illegally carry concealed after her abusive ex-husband poised a serious risk to her life and well-being. She did pursue and eventually obtain a permit to carry concealed in Utah, but not before having to violate the law to protect herself.

This is a real life example of someone who can use permitless concealed carry.

Needless to say, I sincerely hope the Utah legislature reconsiders this bill in the future and maybe has a more proactive conversation regarding permitless concealed carry. It would be even better if they used facts and data to back up their arguments.

Previous article: Alternate Concealment Methods; A Comprehensive Overview of a Few Popular Methods Next article: "HOPE I DON'T CATCH YOU!" Homeowner Chases Home Intruder Through House With His Glock