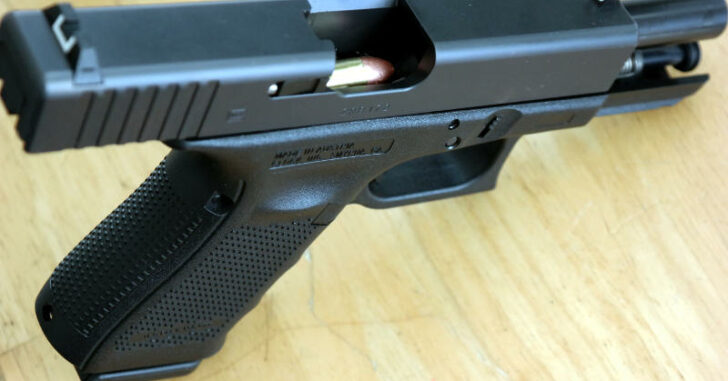 DES MOINES, IOWA — One Iowa Senator wants to overturn existing Iowa state law that prohibits firearms on university campuses. According to the current law, any type of firearm is prohibited on state university grounds. If this bill passes and is signed into law, it will countermand that previous statement. Right now, the bill is in the Judiciary Committee where it will be reviewed before going to the Senate floor.

According to the bill’s sponsor, Sen. Jake Chapman, R-Adel, the concept of allowing law-abiding citizens to carry guns is nothing new.

Of course, proponents on the opposite side of the fence argue that allowing citizens to carry guns is dangerous and makes the campus unsafe.

“This would, without a doubt, make our campuses unsafe,” she said. “The University of Iowa has had a mass shooting before. We know firsthand the devastating effects of guns on campus.”

The devastating effects of guns on campus…

It is always surprising to encounter someone in the realm of higher education that fails to grasp a simple concept. So long as guns exist, they will be carried. A criminal with intent to harm other people will not consider whether or not the act itself is illegal or immoral. A law-abiding citizen will. If a campus is designated a “gun free zone”, the only people carrying guns in that environment are those who disregard the law.

If the law allows for guns to be carried on campus, any law-abiding citizen may also carry a gun. That means if a criminal — who disregards the law and has bad intent — attempts to use a gun against others, his or her intended victims also have the right to defend themselves using equipment of equal or greater caliber.

That evens the playing field.

I’m confused as to why this is a difficult concept.

The core problem, I think, is education. Many of the people advocating against campus carry either don’t understand how guns work or are too afraid of the subject matter to do anything but reflexively ‘boo’ against it.

Having armed faculty members, staff, and some of the student body doesn’t invariably change the landscape or the discussion on campus. If the big worry is that some student or faculty member or visitor will walk on campus with intent to hurt people, you actually would want people trained and equipped to respond.

Police cannot be everywhere at once. There is going to be a response time.

Imagine if we lived in a world where instead of reflexively being scared of guns, people actively took steps to educate themselves. Imagine if state universities offered courses on the proper use of firearms and marksmanship. What would our society look like if we consistently prepared our youth to accept responsibility for their own lives?

In the meantime, we’re invariably stuck coddling children in adult bodies, who believe that if you keep the night-light turned on, the boogeyman won’t creep into the room. That is just simply not a sustainable way of viewing the world.

Previous article: [VIDEO] Off-Duty Police Officer Has Negligent Discharge While Detaining Juvenile -- What Concealed Carriers Can Learn From This Situation Next article: Florida Federal Court Rules That Doctors CAN Ask Patients If They Own Guns