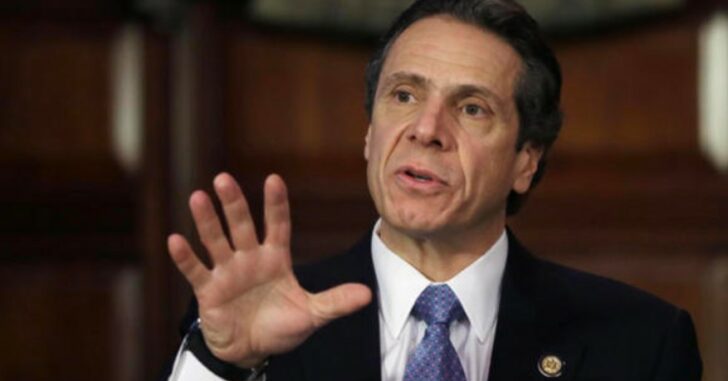 ALBANY, NEW YORK — An idea will soon be introduced as legislation that would allow teachers to petition a judge to have firearms removed from homes of troubled students. The legislation, unsurprisingly, is going to be introduced by NY Governor Andrew Cuomo.

Gov. Cuomo said on Tuesday that he will introduce the idea as legislation. He acknowledged it will face criticism from Republicans.

Under the measure, teachers and school administrators would have legal standing to petition a court to remove any firearms from the homes of students considered a threat to themselves or others.

Some believe that a measure such as this would be more beneficial than having armed faculty inside schools.

However, they are failing to realize how many self-defense uses with firearms there are each year in this country, and would be taking that advantage away from countless families. Plus, who gets to judge whether a student is ‘troubled’ or not? When I was in high school, some of my friends would probably fall under the ‘troubled’ category, but they never went to school and shot anyone.

Regardless, the fate of firearms lies with the owners of those firearms: the parents. As gun owners, it is our responsibility to secure our firearms. If a parent has a ‘troubled’ child, they should be well aware of this fact and take the steps necessary to keep their firearms out of reach. This is literally, not, rocket science.

As the Senate is Republican-led, it’s not likely to make it too far.

Also worth noting is the Governor’s desire to raise the age to purchase a firearm from 18 to 21.

Previous article: Bumbling Thug Files Lawsuit Against Man Who Shot Him Full of Typos Next article: Marine Saves The Life of Thug He Shoots in Self-Defense