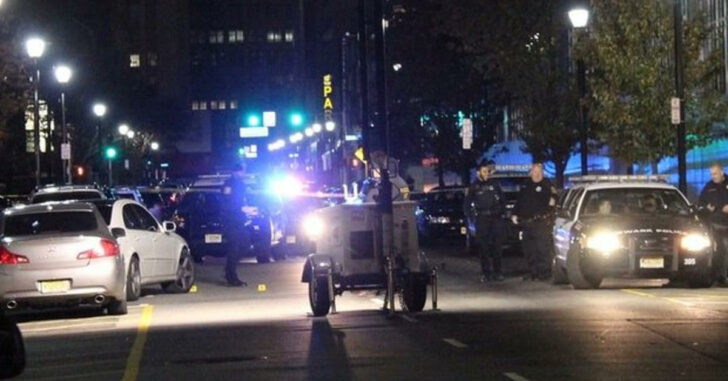 NEWARK, NEW JERSEY — Just nine months after retiring from the New York Police Department, a 43-year-old woman was robbed at gunpoint while trying to get into her car in Newark. Thankfully, she was legally able to be armed and used her gun to shoot both robbers.

According to NJ.com, both Tahje M. Hunt, 22, and Brian P. Moore, 27, were wounded in the shooting. The two men were evacuated to a nearby medical center and were treated for non-life-threatening gunshot wounds. Both are in custody while an investigation takes place.

One of the suspects had a replica gun which law enforcement say was used to try to rob the former police officer. In New Jersey, using a replica gun in the commission of a violent felony is almost no different than using a real one. In either case, it didn’t work.

Unfortunately, if this woman had not been a former NYPD officer, she likely would not have had the leeway to legally obtain and carry a handgun for daily use. This would have meant that had the two suspects robbed nearly any other woman, they likely would have been met with little to no resistance.

The good news — they chose poorly. There’s two less thugs on the street now thanks to the fast work of this retired cop. We’d love to see if New Jersey could ever open up their concealed carry program to more than just active duty and retired police officers. It would make places like Newark much less attractive for violent criminals looking to make a quick buck.