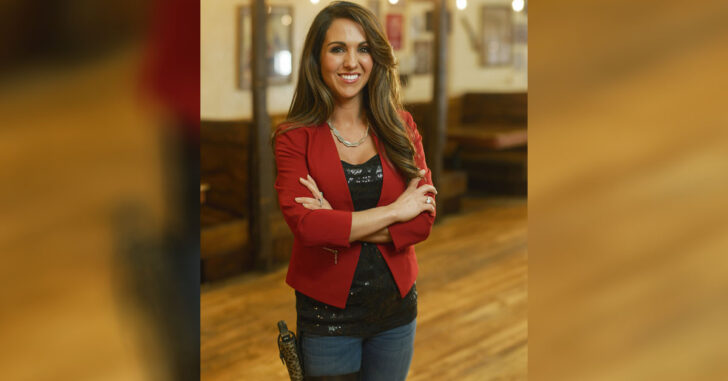 By John Boch via TTAG and republished with permission

Members of Congress enjoy a lot of perks. Among them is the right to carry a firearm even while they’re in the halls of Congress. But a group of Democrats set out to change that once a firebrand gun rights champion have publicly announced her intention to take advantage of that perk.

Lauren Boebert won her Congressional race in Colorado in November. She later made national headlines when she announced that she planned to take her GLOCK to work on a daily basis. That didn’t sit well with the House’s den mother and a handful of radical Democrats.

Why do Democrats want to change this generations-old policy allowing members to carry? “Ultimately, the current regulations create needless risk for Members of Congress, their staff, members of the Capitol Police, and visitors to the Capitol grounds,” they wrote in a letter.

In an effort to push back, 83 House members have signed a letter contesting Pelosi’s plans to end the concealed carry perk for Congresscritters. Planet Free Will News has the story.

More than 80 members of the House of Representatives are taking a stand against a Democrat plan to end lawmakers’ eligibility to carry firearms on the grounds of Capitol Hill under current regulations.

The effort is being lead by Representative Lauren Boebert (R-CO) who says she refuses to give up her ability to carry a firearm while spending time in the crime ridden District of Columbia.

“I refuse to give up my Second Amendment rights,” Boebert said in a statement, adding:

“I’m a 5-foot tall, 100-pound mom with four children and will be walking to work and serving in one of the most dangerous cities in the U.S. I choose to defend my family and my life with all of the force the Constitution provides. I will not let a bunch of gun-grabbing House Democrats take away my Constitutional right to protect myself.”

The Colorado representative’s call for allowing the continuation to pack heat has been joined by 82 other members including Louie Gohmert, Matt Gaetz, and Dan Crenshaw.

Boebert acknowledged the support of her fellow pro-gun congressmen.

21 Democrats wrote a letter to Nancy Pelosi asking her to stop me from being able to carry on Capitol Hill.

I choose to defend my family and my life with all of the force the Constitution provides.

I’m honored that 82 of my colleagues have decided to stand with me. pic.twitter.com/OBkVuAFvv7

Unfortunately, the majority party in the House makes the rules. So you wouldn’t expect sternly worded letters from minority members, no matter how persuasive, to slow the Democrats from enacting this change to strip the right to keep and bear arms from members.

But Boebert somehow seems to have prevailed. At least for now. As Fox News reports . . .

On Saturday, it appeared Boebert scored a victory, as new rules unveiled by House Speaker Nancy Pelosi did not appear to include a Democrat-proposed ban on firearms in the Capitol.

Previous article: Is Your Concealed Carry Gear Absolute Crap? It May Take You Time To Realize It. Next article: Armed Robber's Life Ends After Receiving Precision Head Shot From Armed Employee