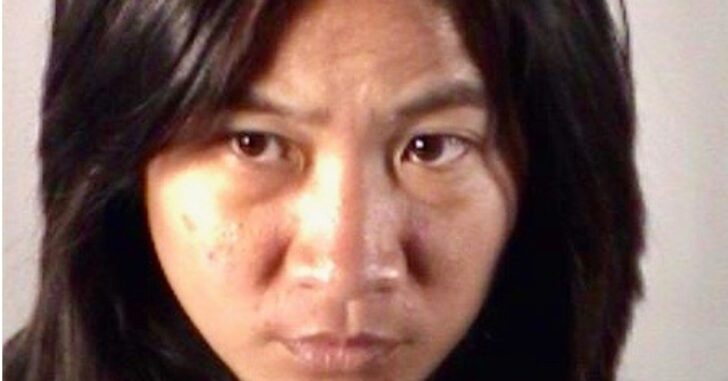 LADY LAKE, FLORIDA – A man held his ex-wife at gunpoint until police arrived after she allegedly threatened him with a golf club. The scene unfolded just after 7:20 p.m. Thursday at 715 Truman Ave. in the Village of Silver Lake.

When officers arrived, they found 32-year-old Jenny Lyn Orijuela Fraser still clutching the golf club in her hand, according to an arrest report from the Lady Lake Police Department.

Her 69-year-old husband had divorced her last month, but she still lived at the residence. He had arranged to pay her for a vehicle they owned together, but he had returned home to find her putting her personal items in the car. An argument ensued, and they struggled over a suitcase.

The 5’2”, 110-pound Fraser went into the garage and came back out with a golf club, which she raised over her head while approaching the man. She threatened to strike him, and he asked her to put the club down. Refusing to do so, she continued toward him and asking if he was “actually going to shoot her,” according to the report.

In a sworn affidavit, the man stated that he was in fear for his life. He also told officers that he intends to pursue prosecution in the case. A female witness to the altercation corroborated the man’s account, confirming that Fraser kept walking toward the man and swinging the golf club, despite him holding the gun on her.

Fraser was arrested on a charge of aggravated assault with a deadly weapon and booked at the Lake County Jail on $1,000 bond.

Previous article: Woman Fatally Shoots Ex-Boyfriend Who Tried to Choke Her to Death Next article: The Case for Home Defense Guns with "High-Capacity" Magazines