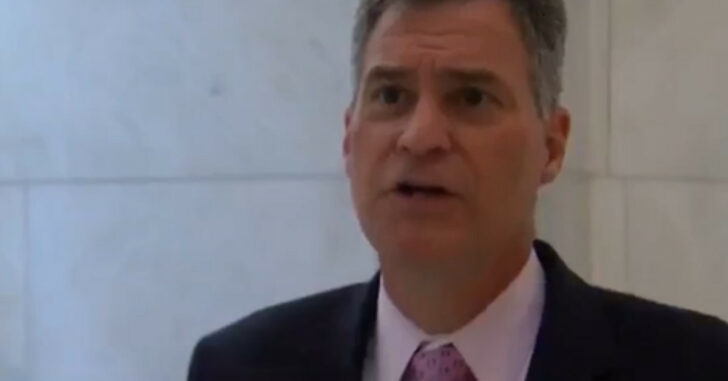 LITTLE ROCK, ARKANSAS — State Rep. Charlie Collins is trying to push forward a measure which would enable concealed carriers to carry on university campuses. With Republicans picking up more seats in the Arkansas House and Senate, Collins reported that he feels confident he can get the measure passed.

“By enabling the good guy and a good gal who may have a concealed carry permit to actually be present it makes the would-be murder think twice,” said State Rep. Charlie Collins, R-Fayetteville.

This isn’t Collins’ first attempt. Last year he attempted to push through a similar measure. It passed the House but died in the Senate. This time, he feels it stands a shot.

As of yet, no major campus shooting has been stopped by a good guy with a gun. That’s not to say we don’t anticipate there will be. At present, the pundits arguing against concealed carry on campus are citing a John Hopkins University study that indicates that citizens with guns play almost no role in stopping mass shootings and in fact may be linked with increased incidents of suicide.

We’re not really going to debate John Hopkins’ study. The reason why we can’t is there isn’t enough data out, yet. The advent of legal concealed carry on campus is a relatively new push. Its full effects are not known at this time. As such, we’re dealing with decades of data which may or may not play any significant role in forming a correlation. And, as any scientist or statistician is quick to point out: correlation does not mean causation.

What if we go for the rest of our conceivable lifetimes without a single concealed carrier being responsible for stopping a mass shooting on a university campus?

To me, frankly, it doesn’t change a damn thing.

A person ought to have the right to protect himself or herself while he is on a university campus. Maybe it’s not stopping a bad guy with a gun. Maybe it’s defending the life of another colleague or student who is being robbed at gun point or violently attacked.

There are a lot of scenarios that play out every year across American universities that could have been alleviated or helped if just one law-abiding citizen was able to be armed. It doesn’t have to be about school shootings. Guns are vital tools in the preservation of life and self defense. There is no alternative. A can of mace, a pocket knife… These aren’t the right tools to use when an imminent, violent threat presents itself to you or someone near you.

And we can guarantee one thing: violence and criminal behavior will not stop.

That simple fact is the only piece of information I need to make the informed decision that if criminals will not stop their violent pursuits, then I shouldn’t have to walk anywhere unarmed.

Hopefully, Collins can get this bill passed through both the House and Senate and make some real tangible change for the many students and faculty stepping foot onto public university campuses.

Previous article: Armed Robber Shot And Killed By Concealed Carrier In Las Vegas 7-Eleven Next article: Man Breaks Into Home With Multiple Knives, Hallucinating, And Is Taken Out By Armed Occupant