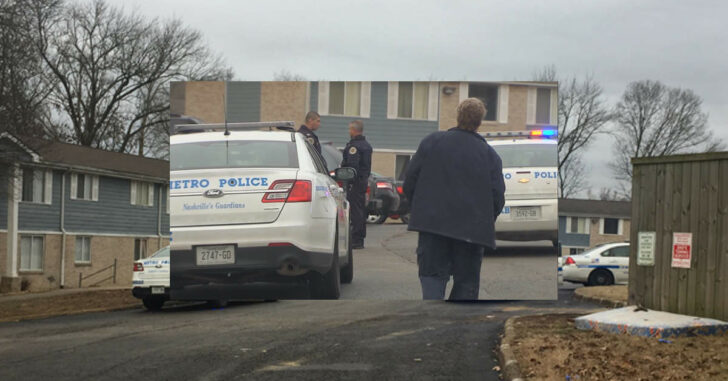 MADISON, TENNESSEE — A former boyfriend broke into a woman’s apartment late at night. He smashed down the front door and quickly entered into a physical altercation with the occupant. During the fight, her current boyfriend woke up and tried to break up the fight. When the intruder pushed past him, the woman shot him once.

According to WKRN News, the intruder was identified as Laquentin Franklin. He had a previous domestic violence charge placed against him after hitting his ex-girlfriend. After he was shot, police transported him to a nearby hospital where he was pronounced dead.

This woman had the strength to free herself of a man who abused her and move on with her life. That, in of itself, takes courage. But when this man thought it was perfectly fine to smash down another person’s door and physically assault her, there’s no where else left to go.

A bad guy intent on brutally abusing another person won’t take the hint. He dies as a result of it.

Given all the other possibilities, I’m okay with that one. What if her boyfriend wasn’t there? What if it was a fight of pure physical strength and violence? Would he just show up in the middle of the night, break down a door and start beating someone he didn’t intend to cause permanent physical injury to?

Bullies have a hard time in this life. They never understand why anyone hurts them but insist that hurting and potentially killing other people must be perfectly acceptable. Well, when it comes down to a contest of force where one person has physical dominance over another, that line-up is pretty predictable.

When the victim has the opportunity to defend him or herself, though, he ought to.

Here’s the problem: Laquentin Franklin obviously wasn’t afraid of the police. He was already charged by them in a previous offense for the same thing. He certainly wasn’t afraid of his ex-girlfriend. And he really didn’t care about her current boyfriend.

So what will he be afraid of? Apparently nothing. Because he’s dead.

The point of a gun isn’t to intimidate or re-educate anyone. The point is to defend your life and that of your family against someone who must be so developmentally disabled that he doesn’t see the barrel of a gun as a deterrent.

You can’t help violent people. They don’t deserve your respect or your fear. Your life is worth more to you and your family than some bad guy thug. Price it out accordingly. Carry everyday.