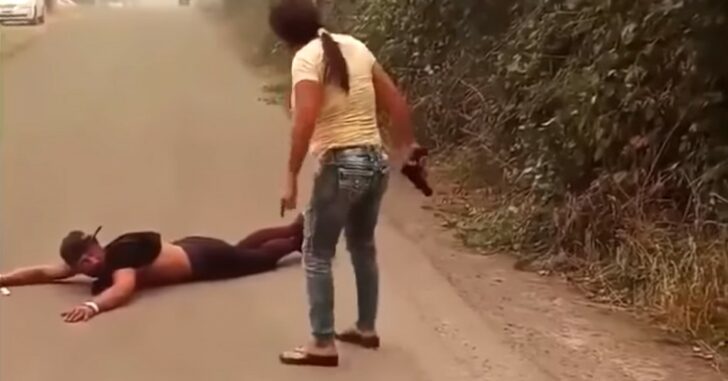 Over the weekend, a property owner found someone on their property that wasn’t supposed to be there, and he had matches in his hand. To top it off, he apparently told the owner that he was going to burn her property down.

The owner, Kat Cast, shared the video on social media.

“What are you doing on my property?” Cast asks. “Did you light anything on fire?”

The man then responded that he was “passing through.”

“What are you doing with those matches in your hands?” she asked.

Cast said that no cigarettes were found on the man, and that he had earlier threatened to burn her property down.

A person with Cast recorded video from a vehicle.

Police were called and the suspect was taken into custody. There is no word if he was charged with any crimes.

Previous article: 2 Armed Teens Tell Concealed Carrier To Empty His Pockets, But He Emptied His Magazine Instead Next article: Video Showing The Shooting Of 2 Tulsa Police Officers Released