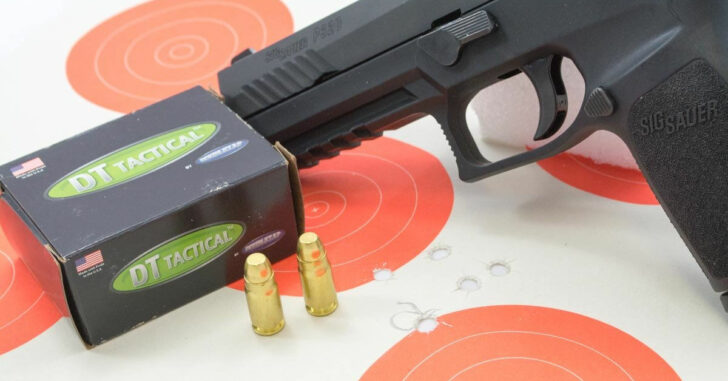 CHICAGO, ILLINOIS — Labor Day is widely anticipated to be one of the bloodiest weekends in the Windy City. With homicide rates skyrocketing, police unions are warning they won’t be able to cover an expected 2,000 man-hours with voluntary overtime. It’s okay, though. One lawmaker is brave enough to come up with a solution: force manufacturers to serialize ammunition.

State Rep. Sonya Harper, D-Chicago believes that if manufacturers are forced to serialize ammunition, investigators will have an easier time tracing the origin of all the rounds fired by illegally obtained firearms.

“We’re not trying to get rid of responsible gun owners guns, we just want to know how the guns and the bullets are getting into the hands of our youth and causing senseless harm and murder,” Harper said.

This proposed bill is expected to be filed later on next week.

Not only would this add a burdensome cost to manufacturers, it would only potentially affect Illinois purchasers.

In Illinois, a resident has to obtain a Firearm Owner Identification Card (FOIC) and then pass another, stringent examination and course work to obtain a concealed carry permit. And now, a concealed carrier in Illinois may potentially have to use serialized ammunition.

This is all in the hopes of better understanding how criminals get their hands on guns.

According to ABC News, Chicago had its deadliest August in nearly two decades. Ninety people were killed in the Windy City and police have confirmed 384 shooting incidents and 472 shooting victims.

This isn’t a gun problem. This is a war zone.

And to make matters worse: Chicago’s infrastructure is running out of money.

When the money stops, the police stop.

Chicago is facing a $426 million budget shortfall next year. With a $20 billion dollar pension bubble threatening to explode the public sector’s retirement security, Chicago can’t even promise their police officers that they’ll retire in peace and safety.

The Fraternal Order of Police has picked up on this dark new reality and has asked its officers to not volunteer for overtime hours in areas where police are traditionally put in the most violent, hardest hit areas of this war zone.

“In order to show unity and protest the continued disrespect of Chicago police officers and the killings of law enforcement officers across our country, we are requesting FOP members to refrain from volunteering to work (overtime),” the flier reads. “You’ve earned time to be with your families.”

The police in Chicago are not going to be a phone call away this Labor Day weekend. Do you really want to make it harder for law-abiding citizens to have access to the only means they have to defend their lives, family, and home?

Stay safe, everyone. Carry everyday, everywhere you legally can. Your life is worth it.