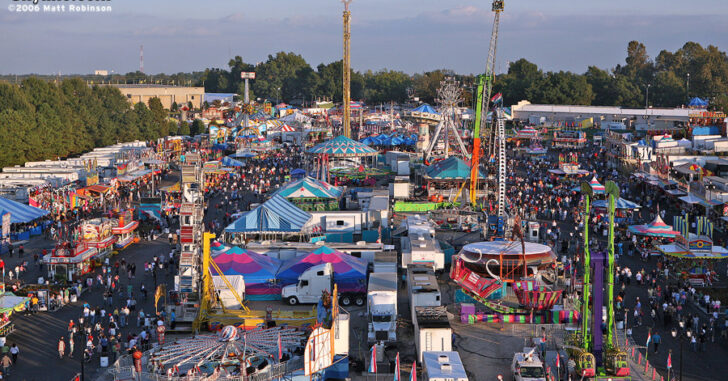 Add another check to the ‘win’ column for the criminal. Earlier this month, a group in NC was pushing for officials to allow law-abiding citizens the ability to carry concealed at the NC State Fair. Superior Court Judge Donald Stephens turned the request down because of his own personal views, and so it was: Guns are still banned at the fair.

They’re banned, but just for the law-abiding. If you’re a criminal, you aren’t particularly interested in the laws on the books.

It just so happens that a group of people were robbed at gunpoint. While the armed robbery didn’t happen on fair grounds, it did happen when the three people were walking back to their vehicles from the fair. If they were folks who carry concealed, they would have had to leave their firearms in their vehicles while they went into the fair. A firearm for self-defense is pretty useless inside a locked vehicle while you’re walking down the road at 11:30 at night.

Police say the victims were robbed around 11:35 p.m. as they were walking back to their vehicles on Hillsborough Street after leaving the North Carolina State Fair. Fortunately, no one was injured.

So, it’s nice to know that the criminals are protected from armed citizens. We wouldn’t want them to be confronted with force or anything, because we like to see them continue to break the law and rack up their list of victims.

If Superior Court Judge Donald Stephens is reading this, the paragraph above this one is sarcasm. You know, just in case you didn’t quite get it.