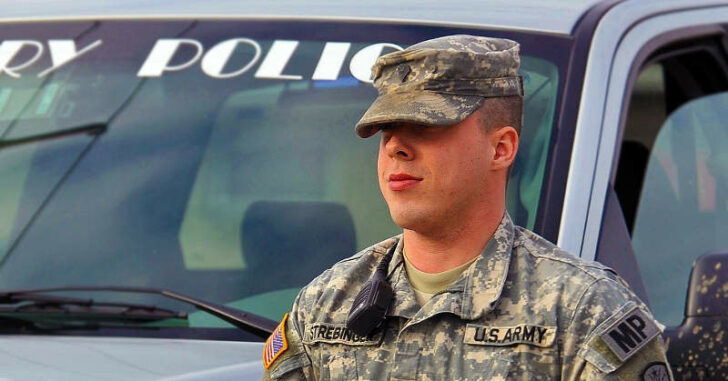 While the political debate rages onward as to how best service members deployed domestically should be allowed to defend themselves and their families, it’s surprising to find out that the solution may be sitting right beneath our collective noses.

As Military Times brought up in their recent article, there may be a way.

Nestled within a pre-existing law called the 2013 National Defense Authorization Act, an amendment to the Law Enforcement Officer Safety Act (LEOSA) of 2004 grants authority for those subject under the Uniform Code of Military Justice (UCMJ) to be able to apply for LEOSA.

LEOSA is an act that allows active-duty law enforcement to carry their firearm anywhere in all fifty states – regardless of those state’s laws.  It could be seen as a prototype for, perhaps, a future national reciprocity concealed carry law.  As of right now, it hinges on those whom have arrest authority.

Department of Defense (DoD) personnel – such as military police and special investigators – have authority to apprehend but not arrest.

§ 926B. Carrying of concealed firearms by qualified law enforcement officers

(1) is authorized by law to engage in or supervise the prevention, detection, investigation, or prosecution of, or the incarceration of any person for, any violation of law, and has statutory powers of arrest or apprehension under section 807(b) of title 10, United States Code (article 7(b) of the Uniform Code of Military Justice);

This has been seen as a limitation until examining the actual LEOSA law itself.

Unfortunately, the application of this law doesn’t include any means or direct authority to gain a specific identification card to show that the military service member has that authority – something required under LEOSA for active duty law enforcement.

So, the authority exists in law but just not in practice.

If pursued, most active duty military would not qualify for this process because the vast majority of military members do not have apprehension authority.  But for those who serve in the military police or other branches similar to that may be able to get LEOSA privileges.

If that military member meets all those qualifications, he can currently (under existing law) gain his LEOSA license and be free to defend himself with his concealed carry firearm.

This would unanimously allow the service man or woman to carry his or her concealed carry firearm throughout the United States without fear of violating the UCMJ or state law.