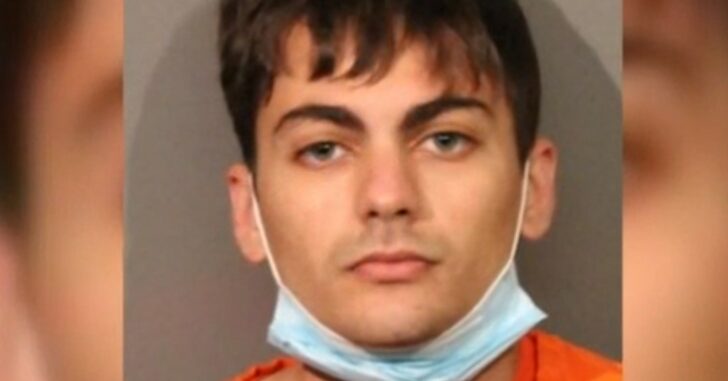 MEADOW VISTA, CALIFORNIA — Is that article title enough for you? It’s basically the story, but if you’d like more, keep reading.

“Yeah and you can see the broken window where the suspect used a ceramic bunny to break in, reaching in, opening the door from the inside. From there the situation got weirder,” said Steve Baker.

Baker says he held the suspect at gunpoint with a shotgun until police arrived.

“He walked up the stairs to the door, obviously he saw it was locked, couldn’t get in, walked back down and picked up this little ceramic bunny we had in the garden,” said Baker.

After making his way inside, he went upstairs to take a shower. Mind you, both homeowners were home at the time. Baker was asleep, and his wife was watching TV.

Once his wife heard running water, she realized that someone was inside their home that shouldn’t be.

“She woke me up and in a panicked way said, ‘Get the gun, there’s somebody upstairs,'” said Baker. “I grabbed the gun. I don’t keep it loaded, but I can do it pretty darn quickly and that’s what I did, and to be quiet honest, walked out first, forgot my shorts, so my wife helped me with that.”

Then things went from scary to bizarre.

“I got to the bottom of the stairs, and as I start to turn around the stairs, he was coming down the stairs wrapped in a towel — about as surreal as it could get,” he said. “I said, ‘What on earth are you thinking?’ Because it’s a 24-year-old kid, and he responded saying, ‘I had to.'”

Police arrived and took the suspect into custody, and that’s basically the end of the story.

Except… a little commentary. If it’s late at night, like it was in this story, having a home security system is important to alert you if a door or window is open. That’s point number 1.

Point 2 is to keep your firearm loaded. Even if you think that you can load it quickly, you may not be quick enough if you happen to have a violent intruder inside your house. Luckily in this case, it was just a dude who apparently needed a shower.

Stay safe, keep your home safe, and get security measures in place to know what’s happening in and outside your home.

Previous article: WATCH: Armed Citizen Shot 7 Times During Robbery While Trying To Retrieve His Own Gun Next article: [VIDEO] A Punch To The Head Can Absolutely Be Deadly