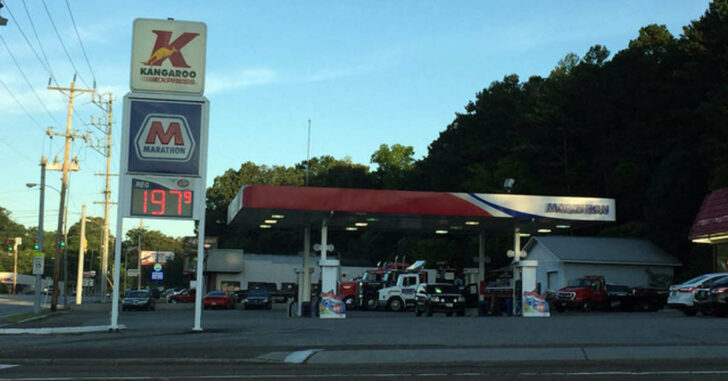 EAST RIDGE, TENNESSEE — A gunowner successfully shot and killed an armed robbery suspect while he was holding a store clerk at knife point. This is an amazing case of ‘guns saving lives’.

According to WXPI News 11, an unidentified gunowner saw an armed robber holding up a gas station clerk with a knife. He ran back to his vehicle, retrieved a handgun, and took one very well placed shot to the criminal. The armed robber died on the scene.

“They encountered a customer on the front sidewalk. The customer ran back to his vehicle and retrieved a weapon. The suspect who was shot confronted him and he fired at least one round striking him in the body,” East Ridge police Capt. Tim Mullinax said to WDEF.

Police didn’t charge the armed bystander with any crime associated with taking out the robber but warn that if his shot had deviated and he struck the clerk, he would have been charged.

This is being described as a risky shot.

While the odds played out in this gun owner’s favor, he definitely took a significant risk. It’s one of those calls the individual has to make when faced with those circumstances. Personally, I wouldn’t likely feel comfortable to take that sort of shot under those conditions.

Every round that leaves the barrel of a gun is accounted for and we all have to stand tall in front of the Man and account for our actions. It’s awesome that this scenario played out as well as it did but it by no means is something we’d ever encourage.

Protecting your own life, that of your family, and your own personal property — that’s an easy choice. Protecting the life of another person from an armed criminal by taking a shot that could have easily taken the life of the victim would be a whole other consideration.

Again, it worked and if it works — great.

Congratulations to the gun owner for successfully ending a hostage stand-off and taking down an armed robber. We all have to be mindful of our actions and this man certainly stepped up to the plate for his convictions.